Triangle UFOs Fly In The Face Of Logic.

Whatever happened to good old circular flying saucers? While accounts of them continue to show up in police reports, newspapers, YouTube, etc., it seems like these days, there are more and more sightings and videos of triangular UFOs -- V-shaped, Dorito-shaped unidentified objects.
The earliest known reports of these unusual triangles can be traced to the Dutch East Indies in the late 1890s, around 10 years prior to the Wright Brothers' first powered airplane flight in 1903. Triangle UFOs were also reported from Scotland and England in 1895.
Check out these triangular UFOs through the years. 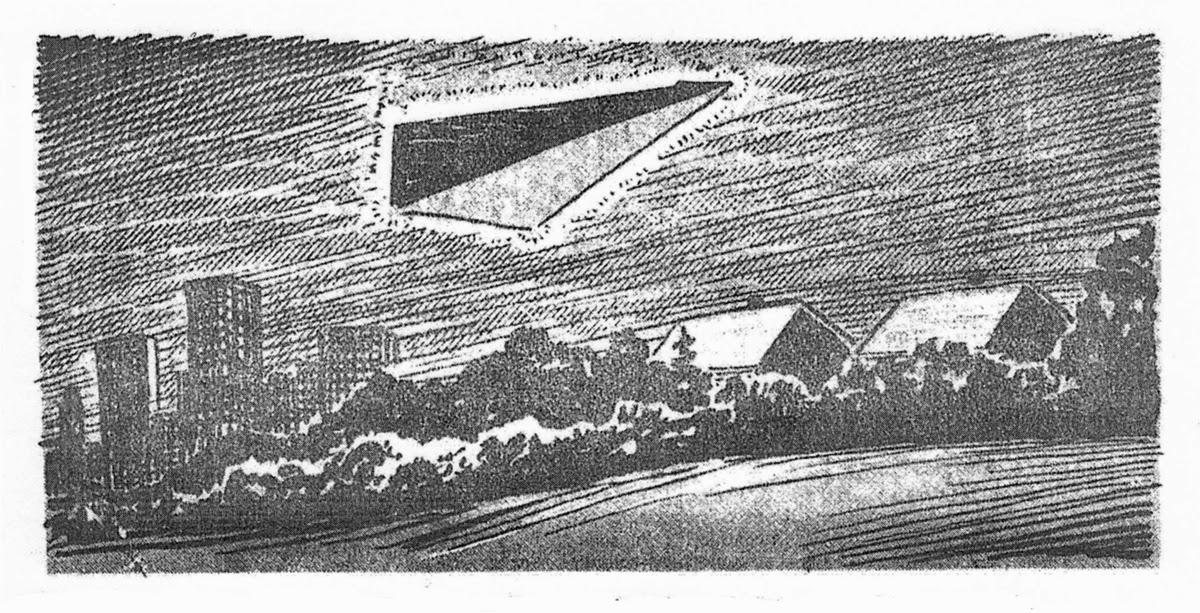 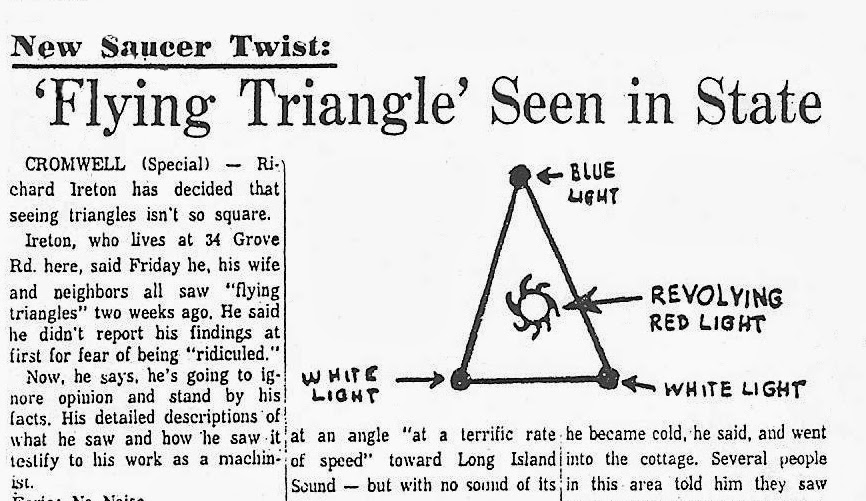 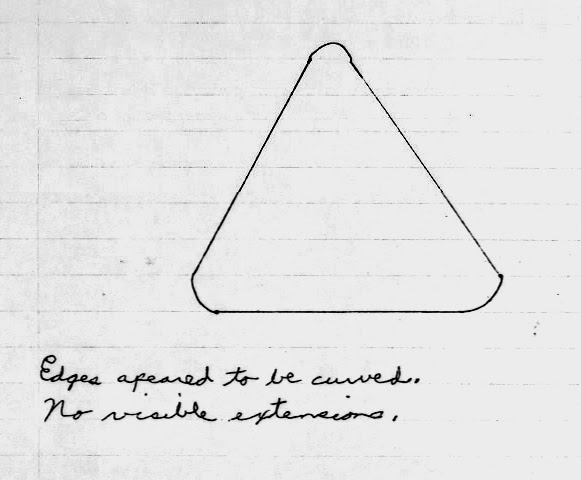 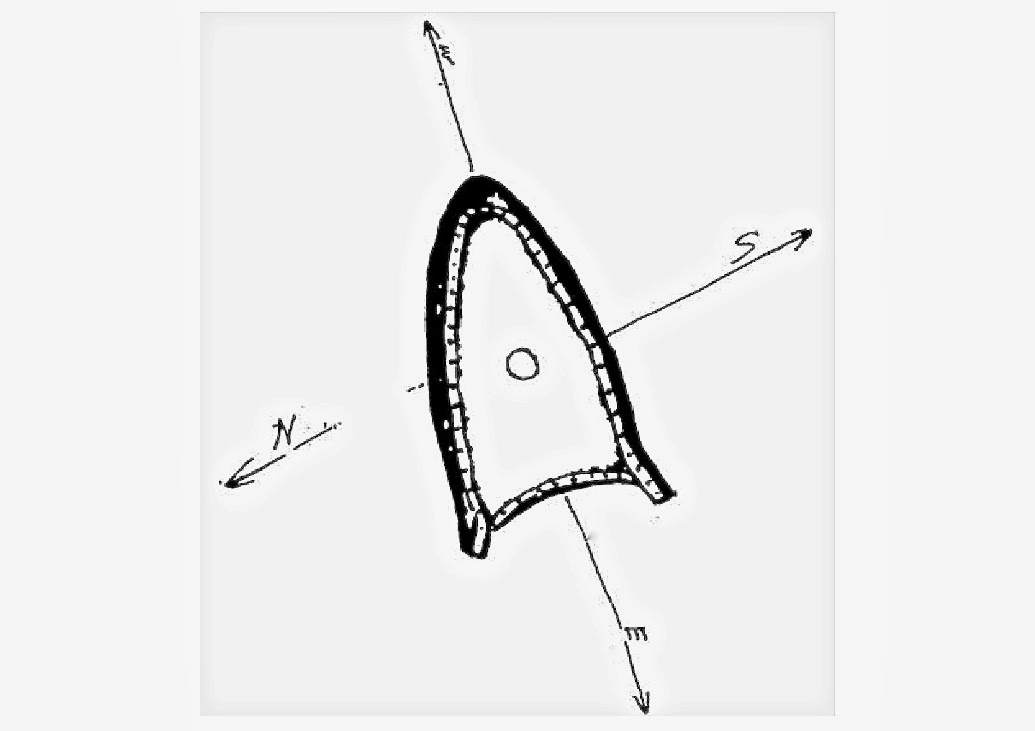 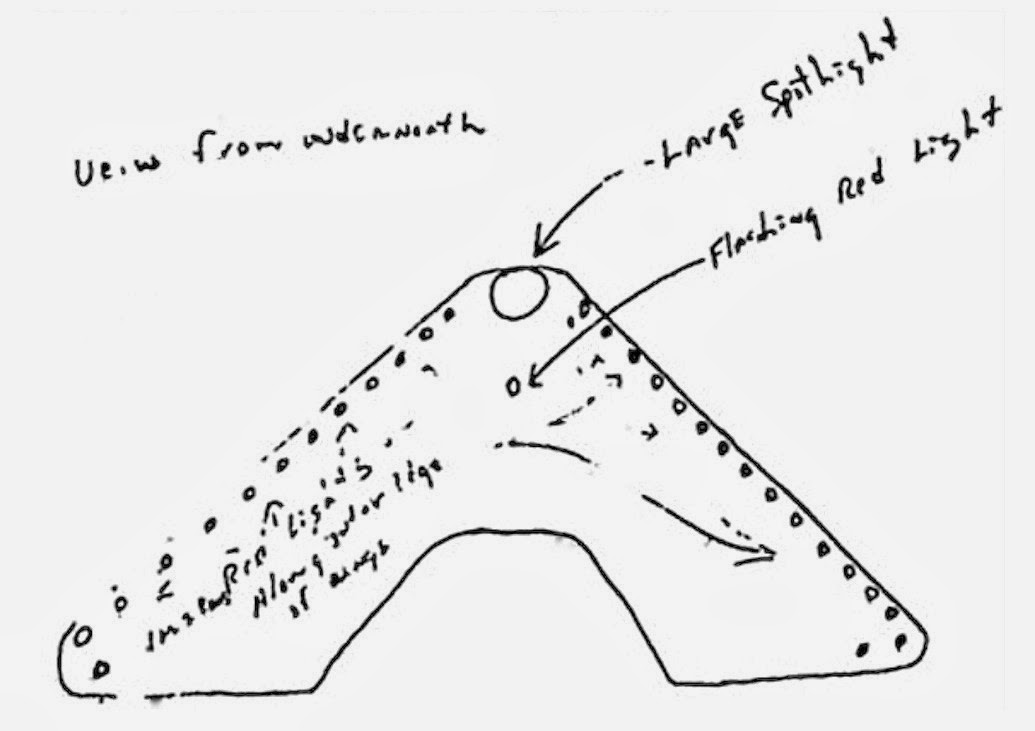 So who or what was behind the controls of these large, silent, black objects? And who, indeed, is still piloting them today?
"One of the most unusual characteristics of these things is their ability to seemingly divide from one triangle into two, or for these triangles to come together and merge into one. There are a number of reports of that. Coupled with it is the ability for these things to morph or change shape right before the witnesses' eyes," says David Marler, pictured below, who has investigated the history of triangle UFOs for over 20 years.
Marler, author of "Triangular UFOs: An Estimate of the Situation" (Richard Dolan Press) is featured in the "Close Encounters" episodes of this week's Science Channel's "Are We Alone?" series. 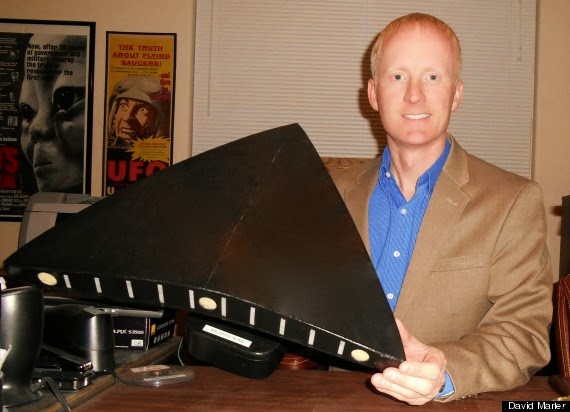 What initiated Marler's research was a wave of triangle UFOs in 1990 that occurred in Belgium, where military authorities publicly confirmed the sightings and endorsed the fact that strange vehicles were operating in their skies -- extremely similar to flying triangles seen by many police officers in southern Illinois in 2000.
"The similarities were uncanny, both in the way they described the objects as well as how the objects flew," Marler told The Huffington Post. "In southern Illinois, we had neighboring municipalities and towns where law enforcement were in touch with each other, and that mirrored sightings by gendarmes in Belgium [10 years earlier] who were in radio contact and letting neighboring officers know that it was heading in their direction."
Marler notes in his book and his recent presentation at the International UFO Congress in Arizona that the Belgium and Illinois encounters were also identical to those seen by many law enforcement officials -- including this writer back in 1975 -- in Lumberton, N.C. (See illustration below).

According to Marler's research, the multiple witness, Lumberton, N.C., UFO wave was the first concentrated, well-documented event of triangular UFOs.
And then there was the famous case of the Phoenix Lights, which took place on the night of March 13, 1997.
Crowds of people reported a gigantic, silent craft moving in the skies around Phoenix before taking off silently at a blazing speed. Among the witnesses were police officers, pilots, military personnel and -- the public found out 10 years after the fact -- Arizona Gov. Fife Symington.
When news of the boomerang-shaped UFO came on television, Symington decided to get into his car and check it out for himself.
"I was expecting to see something in the distance, but was awestruck when this thing went overhead. It was moving steadily and quietly," Symington told The Huffington Post in 2011.
Ten years went by before Symington confessed his own 1997 close encounter.
"I was confronted by good citizens who were really upset with me, and I didn't realize the depth of their anger. It just really bothered my conscience, so I felt I really needed to square with the truth and that's what I did.
"I think, if you hold a high public office, that the minute you start talking about UFOs or extraterrestrials or anything of that nature, the media immediately tees off and ridicules it. I often refer to the media culture in our country as the culture of ridicule.
"So, everybody reaches for their ridicule gun first before they seriously address the issue when it comes to the matter of UFOs. If you're an elected official, you really need to be careful about what you say, because the media can just totally destroy your credibility."
Watch this video of an alleged triangle UFO over Paris, France, in 2009.
With so many reports of triangle UFOs going back to the 1950s, Marler wonders if military experimental aircraft can account for all of these sightings.
"We have worldwide reports by, not just civilians, but law enforcement and key military people in the Danish, Belgian and Chilean air forces. At some point, you have to step back and state that there's a consistency in the reports, and they're not just military. What they are, I don't know.
"The historical argument clearly demonstrates this is not something man-made."
Watch "Close Encounters" on Science Channel tonight at 10 p.m. and 10:30 p.m. Check your local listings.
Source: HUFF POST
Publicada por Ufomania - The truth is out there à(s) 11:38 AM