A ghost has been spotted on camera running around the perimeter of a football field in Argentina. The spooky silhouette of a man was clearly seen jogging around the field on camera during the match between Racing and River Plate. The ghost is seen going back and forth at the football stadium while the match is going on.

Sceptics say it is a clever bit of photography but others suggest the same figure was seen during the live match.
"In Argentina," say others, "anything can happen!" 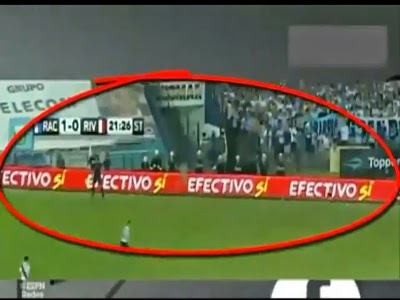