Does the Souls Move Between Parallel Universes After Death? 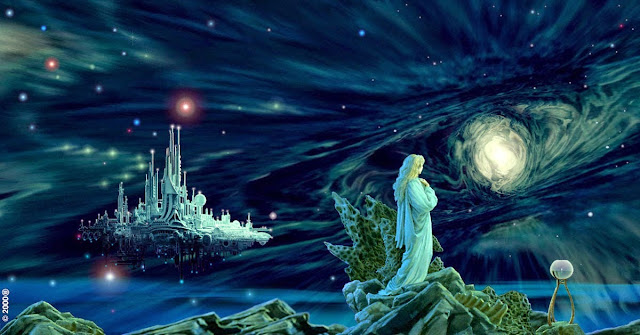 In the Science Channel's "Through the Wormhole" documentary, Dr. Stuart Hameroff, director for the Center for Consciousness Studies at the University of Arizona, theorizes that consciousness continues after death in a parallel universe, using quantum theory. Building upon theories posited by other scientists, Dr. Hameroff explains that consciousness is a non-localized phenomenon that may be as old as the physical universe, and while a person is alive, resides in the brain's microtubular structure, providing a link between the brain and the soul.
Dr. Hameroff explains: “Let's say the heart stops beating, the blood stops flowing, the microtubules lose their quantum state. The quantum information within the microtubules is not destroyed, it can't be destroyed, it just distributes and dissipates to the universe at large”. Dr. Hameroff goes on to theorize that that quantum information, our consciousness, can exist in this state independent of the body, and may even re-focus into bodies that reside in parallel universes.

"My research involves a theory of consciousness which can bridge these two approaches, a theory developed over the past 20 years with eminent British physicist Sir Roger Penrose. Called ‘orchestrated objective reduction’ (‘Orch OR’), it suggests consciousness arises from quantum vibrations in protein polymers called microtubules inside the brain’s neurons, vibrations which interfere, ‘collapse’ and resonate across scale, control neuronal firings, generate consciousness, and connect ultimately to ‘deeper order’ ripples in spacetime geometry. Consciousness is more like music than computation." 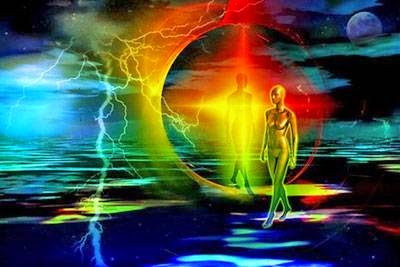 Dr. Hameroff says that this could be the scientific explanation behind near-death experiences, astral projection, and even reincarnation.Based on her reading of letters from close encounter witnesses, which were filled with reports that dead friends and relatives had been present during the close encounters, Anne Strieber feels that Drs Hameroff and Penrose may be accurately describing what happens. The reason is that in most of these reports, the dead person who appeared said that they were alright. If they were present in a parallel universe where they had not died, of course, this would be true.

Publicada por Ufomania - The truth is out there à(s) 1:58 PM