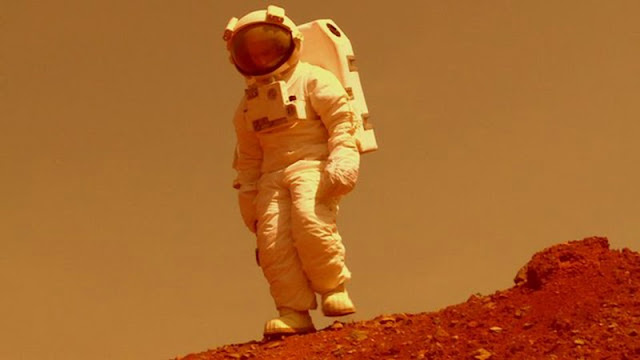 According to this conspiracy theory, a manned mission to Mars took place in 1973 and no-one was told about it.

It wasn’t even the first and it wouldn’t be the last one. But first, the circumstances that led to astronauts setting foot on Mars.
After successfully landing man on the Moon, NASA and the U.S. Department of Defense initiated Project Horizon, an ambitious mission to set up a permanent stationary base on our satellite.
In the following years, a similar project received funding but its destination was millions of miles away. Codenamed Project Redsun, its aim was to successfully colonize the Red Planet. The first mission saw three astronauts taking the journey aboard a modified Saturn V left over from the discontinued Apollo Program.
Since Project Redsun was a joint operation between the U.S. and the USSR, a soviet cosmonaut accompanied the two famous American astronauts Buzz Aldrin and Neil Armstrong. The rocket was launched from a ‘secret and absolutely isolated zone in Brazil.’ The absolute secrecy such a mission would require meant the entire affair was kept under a tight lid. 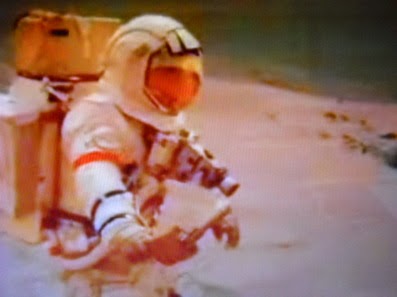 Mission control was established at Cocoa Beach, Florida and it governed Project Redsun’s first three launches. All subsequent missions were moved to and administrated from Area 51.
The first interplanetary flight arrived at its destination towards the end of 1971 and served as a reconnaissance mission. By that time, a second trip was already scheduled.
The launch took place on August 28, 1973. The crew aboard the ISV Columbusconsisted of Elliott See (commander), William B. Rutledge (pilot) and Vladimir Ilyushin.  The 3-minute clip below was supposedly leaked from a collection of 16mm archival footage used in the training of NASA astronauts and Air Force pilots.


It shows astronauts aboard a spacecraft distancing itself form Earth as well as the arrival on the orbit of Mars. The details on the surface of the Red Planet are visible during the orbital flight.
While the authenticity of this clip was called into question, the idea that NASA sent manned missions to Mars is heavily vehiculated among conspiracy circles.
In April 2011, more information regarding this subject was revealed by Italian journalist and UFO researcher Luca Scantamburlo. During a press conference, he presented a testimony outlining the details of Project Redsun.

I introduce to you a press-release testimony I have written to discuss the presumed existence of a hush-hush military Space program called ‘Project Redsun’, carried out in the ’70s of the last century to build a stationary base on Mars, the Red Planet. My source of information – named by me ‘bravoxsierra24′ – has contacted me by email. It is possible to reproduce the pages of the press release, and the picture here presented as well.

Since we’re allowed to show it, here is the 3-page document released by Scantamburlo: 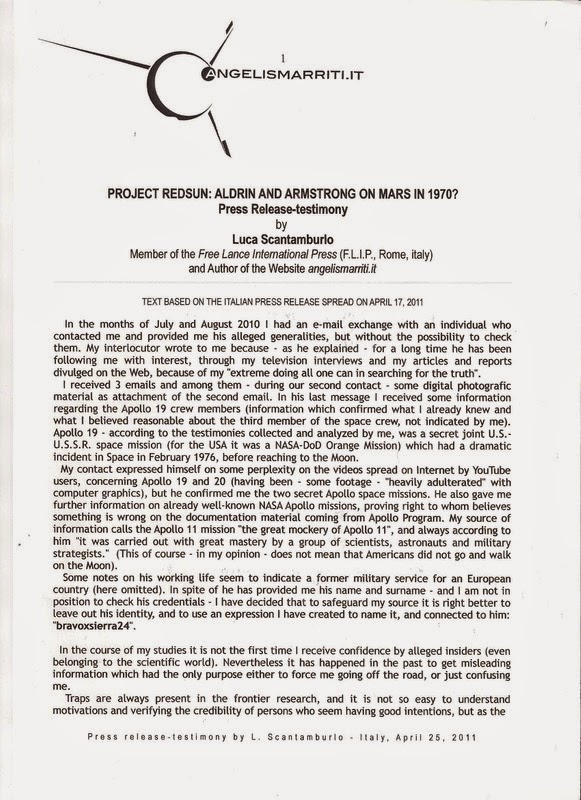 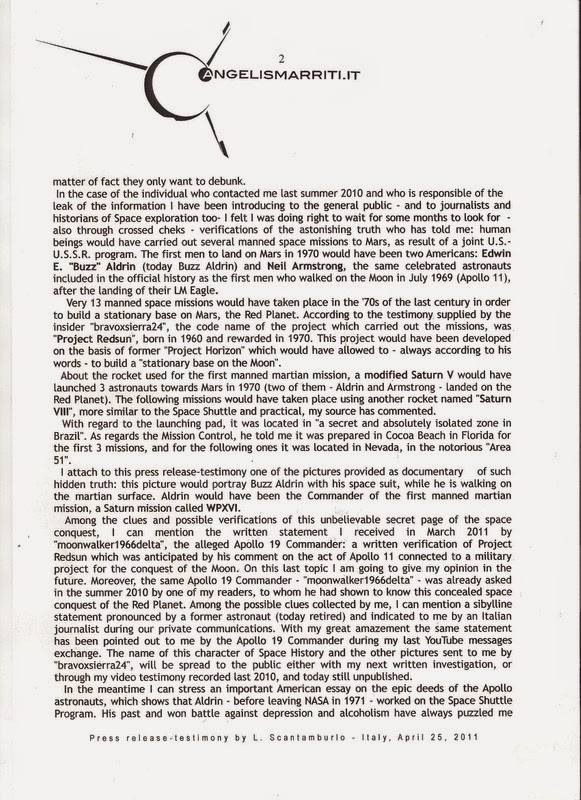 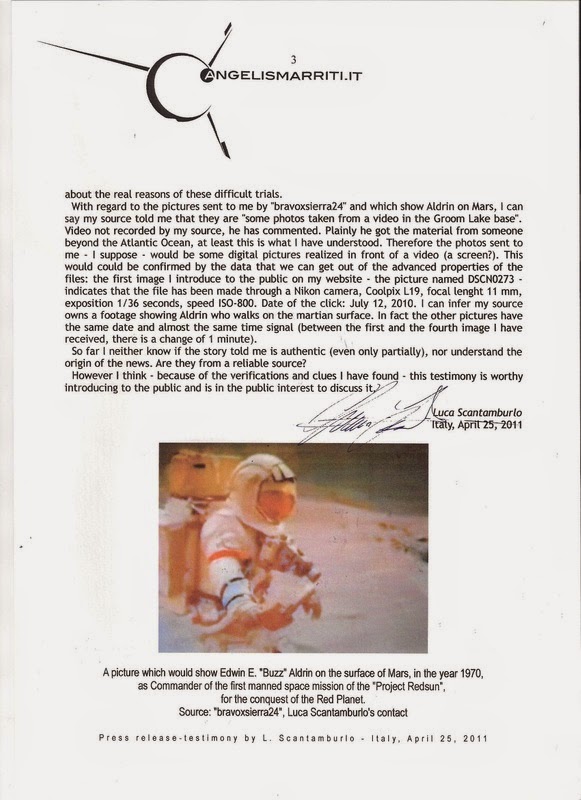