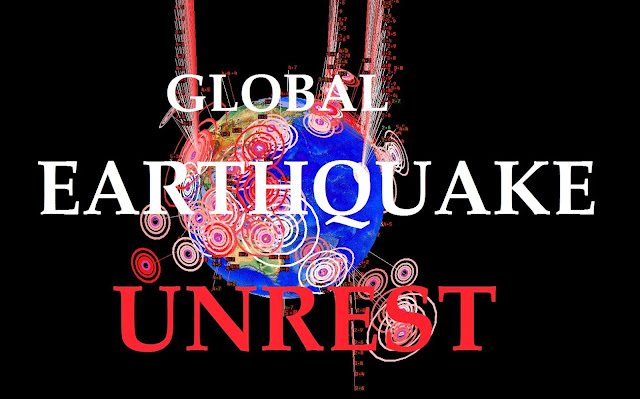 Things are building up

Over the past 10 days, since May 7 2015, a series of volcanic eruptions, and large earthquakes has taken place across the Pacific.

(said Baltic sea about 20min into the video .. should have been Caspian Sea just East of Turkey -- shame on me!  lol )
In addition to the multiple volcanic eruptions at Mount Sinabung, Mount Karangetang, and Sakurajima / Ontake, we all have news the Mount Bulusan and Mount Hakone might be soon erupting.

Multiple 7.0M+ earthquake struck this past week near Papua New Guinea, a Tsunami off the coast of Japan, in addition to a series of earthquakes at Dormant volcanoes along the West coast of the United States.

Full update on the past 10 days of activity at dutchsinse.com

Be on watch just South of the Swarm location near mainland Japan extending southwest towards Taiwan. Also be on watch to the East of Papua New Guinea (again) for a midrange 6.0M+ event in light of the new deep earthquake (5.0M) which struck in the Asthenosphere below Fiji.

Watch Kuril Islands for a possible VERY large earthquake, as well as a moderately large (midrange 6.0M) earthquake near South Japan / Taiwan. Hoping we only see smaller movement out of all this volcanic activity in the region.

Keep watch in Philippines / Indonesia for new (further) eruptions at the three volcanoes which started erupting this past week (Bulusan, Karangetang, and Sinabung). Keep watch on Mount Hakone in South Japan near Tokyo, and near Mount Ontake at Sakurajima.

United States , watch the far Pacific Northwest as shown in the video, the 50 mile stretch from Vancouver BC to the Alaska island border. Watch the edge of the craton states , including a new series of earthquakes which should hit Colorado -- they'll pretended to be surprised at the movement, and will deny its relation to fracking, but nonetheless watch out for it to occur.

Kansas, Oklahoma, and Texas should also see new 4.0M+ activity... after we see the midwest movement , we should see follow up movement along the East coast of the United State... this should come at the end of this week going into the next earthquake forecast time period...

Europe, be on watch near South England West across the channel into North Holland.. possible 3.0M to 4.0M activity.

North Africa... be on watch from Algeria to Gibralter for a possible 5.0M+ earthquake.

Publicada por Ufomania - The truth is out there à(s) 7:22 PM