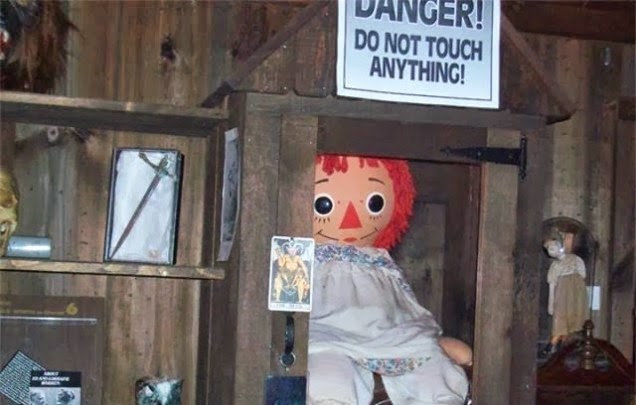 We recently told you about the many cursed jewels of the world, but you don't have to have a shiny rock to have your life destroyed by an otherworldly evil. Plenty of items have terrible curses on them, which can hurt, harass or outright murder people. Here are seven items that you never want to mess with. 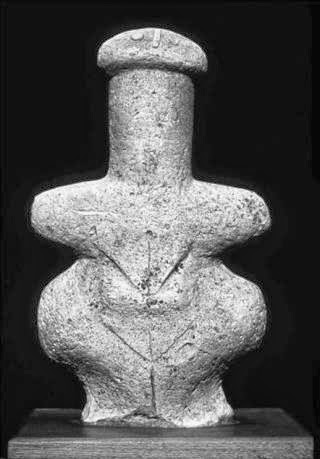 1) The Woman from Lemb Statue
Originally made around 3500 B.C.E. in Cyprus and then found in 1878 in Eastern Europe, this statue has killed so many people its often referred to as "The Goddess of Death." Supposedly, the first owner was a Lord Elphont, whose seven-member family all died within six years of Elphont receiving the statue. The Woman from Lemb was then acquired by Ivor Manucci, who died along with his entire family within the next four years. Then it went to a Lord Thompson-Noel. He and his family died. The statue disappeared for a bit, but its next confirmed owner was Sir Alan Biverbrook, who wife and two daughters shortly croaked. With two sons left, Biverbrook wisely donated the damn thing to the Royal Scottish Museum. 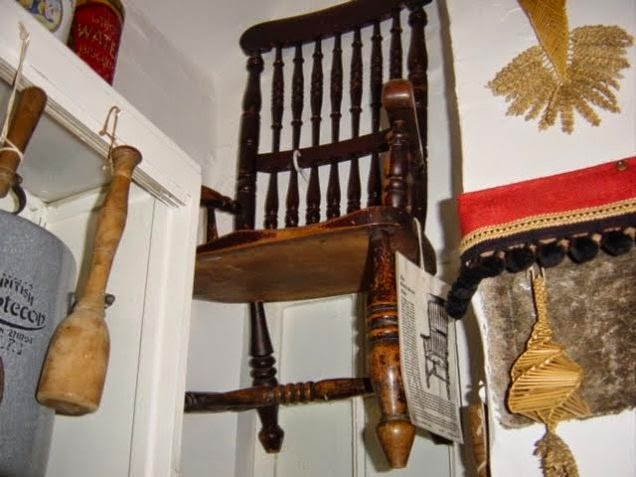 2) Thomas Busby's Chair
Do you have a favorite chair in your home? Consider cursing it after you die so no one else can sit on it without dying. That's what Thomas Busby did in 1702, right before he was executed for strangling his father-in-law to death for — you got it — sitting in his chair. Supposedly 63 people who have sat on the chair met untimely deaths, sometimes mere hours after plopping their keister on Busby's beloved chair. In 1972, the Thirsk Museum actually had to suspend it from the ceiling to prevent people from committing suicide by chair.
3) Annabelle the Doll
Bought in an antique shop in 1970, a woman gave a raggedy doll to her daughter, Donna, who was in nursing school. Donna and roommate Angie kept coming home to find the doll in different positions and different locations. Then the doll began living them notes reading "Help." And then they found the doll with blood on it. A psychic told them the doll was possessed by the spirit of a girl named Annabelle, who had died at the location where their apartment complex has been built. But the girls' friend Lou thought there was something more sinister about Annabelle, and told his friends to get rid of it. That's when Annabelle went to visit Lou, levitated up his body and strangled him until he passed out. The next night, the roommates heard what sounded like someone in the next room; Lou investigated; the girls heard him scream and ran in to find Lou with two massive claw marks on his chest, although no one else was in the room… except Annabelle. The girls called Ed and Lorraine Warren, the folks who investigated the Amityville house — who decided the doll was actually a conduit to hell that a demon was using. Two exorcisms didn't work, and now the doll resides behind a glass cause in the Warrens' occult museum, where it still moves. 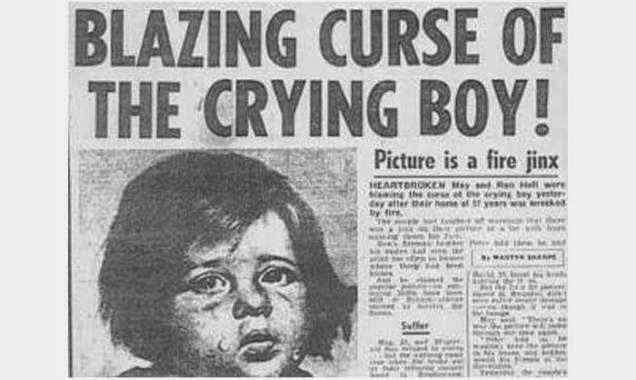 4) The Crying Boy Paintings
Here's the facts: Italian artist Giovanni Bragolin painted a picture of a crying boy that inexplicably became very popular in the 1950s and had many prints made. In 1985, the always reliable British newspaper The Sun reported that a fireman claimed to have found these prints in multiple houses destroyed by fire… although the prints were perfectly fine. Apparently, British firefighters were already so freaked out by this phenomena none of them would allow copies of the painting into their own homes. More such incidents of the prints being unscathed in house fires, both before and after the article, were reported, and suddenly a story popped up that the painting was of an orphan whose home had burned down. What I want to know if why so many people wanted to hang a picture of a sobbing kid on their walls in the first place. 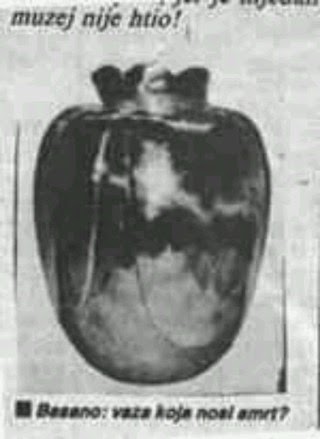 5) The Basano Vase
Say you're digging around your yard and discover of 15th century silver Italian vase. Inside the vase is a note which reads: "Beware… this vase brings death." You'd immediately set it back down, heap dirt over it, and go get drunk, right? Well, whoever found the vase in 1988 was kind of a jerk, because he threw the note away and sold the vase to an auction house. The vase was bought by a pharmacist who of course died three months later. A surgeon bought the vase, and died two months later, despite being only 37 years old. Next an archaeologist bought it;, died two months later. The next owner died within a month. According to some Italian newspapers, the police confiscated the vase and reburied it in a lead box at an unknown location. 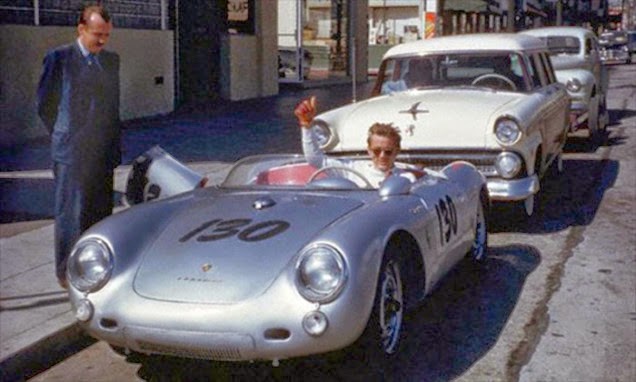 6) James Dean's Car
Actor James Dean loved his 1955 Porsche Spyder. He had it extensively customized and affectionately called it his "Little Bastard." Apparently, the car was so transparently evil that Sir Alec Guinness, when meeting Dean for lunch, claimed ""If you get in that car, you will be found dead in it by this time next week." And Dean was. But the curse didn't stop there; when mechanics tried to repair the wrecked car, it fell on one of them, crushing both his legs. The car's new owner sold the engine and drivetrain to two racers; one lost control, hit a tree and died instantly, the other was injured when his car locked up and rolled over. Two thieves who tried to take pieces of the car were both injured. The car was then donated to a safety exhibit of the California Highway Patrol; the first exhibit caught fire, and the car fell on a student at the second, breaking his hip. It even managed to crush and kill a truck driver who was transporting it. The car has since disappeared, which is probably for the best. 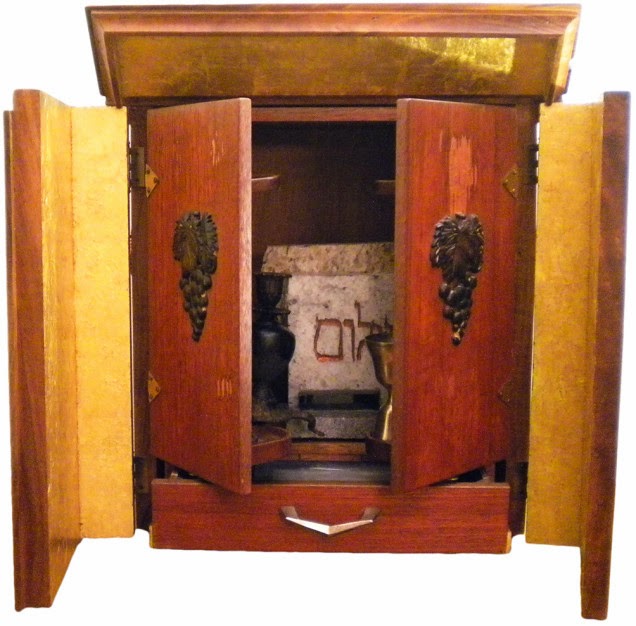 7) The Dybbuk Box
In Jewish folklore, a dybbuk is an evil spirit. Supposedly, a Holocaust survivor accidentally summoned the demon while using a homemade Ouija board, but managed to trap it inside the wine cabinet. Kevin Mannis bought the box at an estate sale in 2001, and immediately started having nightmares about an evil hag — as did friends who stayed with him. Mannis gave the box to his mother, who suffered a stroke on the same day. The box's later owners have also claimed the dybbuk has appeared in their nightmares as well. The last owner was Jason Haxton, Director of the Museum of Osteopathic Medicine, who not only had nightmares but developed a strange skin disease and began coughing up blood. At that point, Haxton contacted his local Rabbis, sealed the Dybbuk back in the box, and then hid it from the world.
Source: io9
Publicada por Ufomania - The truth is out there à(s) 2:14 PM