BILL CLINTON: A VISIT FROM ALIENS COULD BE THE ANSWER TO WORLD PEACE!

On Jimmy Kimmel Live Wednesday night, the 42nd President of the United States Bill Clinton dodged questions about whether his wife, former Secretary of State Hillary Clinton, will make a run for the White House, but he was more than happy to discuss a hypothetical UFO invasion: 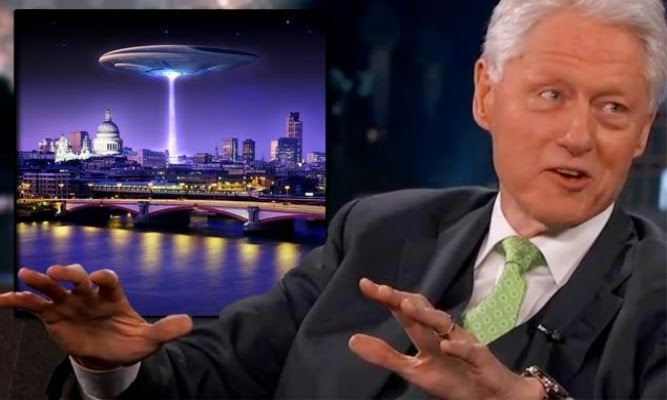 “If we were visited someday, I wouldn’t be surprised, I just hope it’s not like Independence Day, the movie, that it’s a conflict.”
“May be the only way to unite this increasingly divided world of ours.”


“If they’re out there, think of how all the differences among people on earth would seem small if we felt threatened by a space invader.” 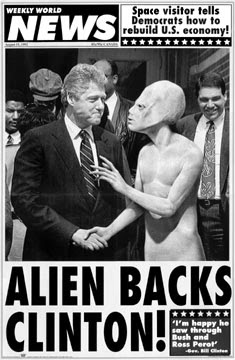