A massive underwater entrance has been discovered off the Malibu, CA coast at Point Dume which appears to be the Holy Grail of UFO/USO researchers. 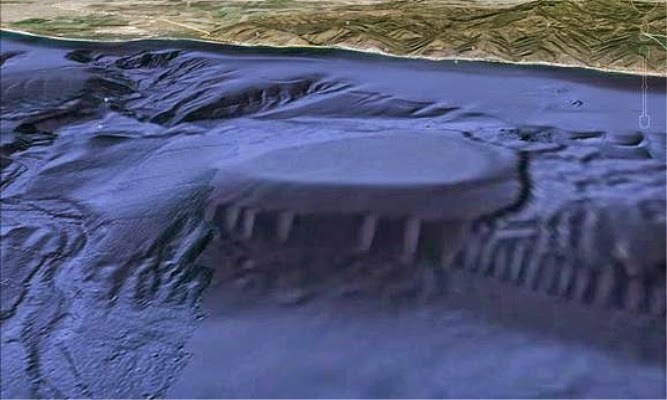 It also has what looks like, a total nuclear bomb proof ceiling that is 500 feet thick.


The discovery was made by Maxwell, Dale Romero and Jimmy Church, host of “Fade To Black” on the Dark Matter Radio Network on Monday, May 12th 2014. 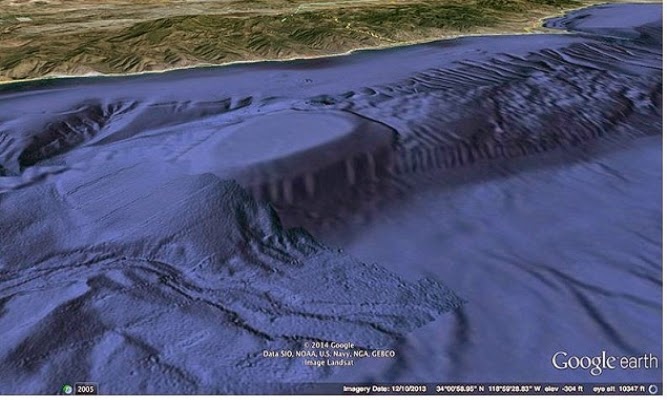 The underwater base has been a mystery for many years with hundreds of UFO/USO sightings, many with photographs, but the entrance of the base has remained elusive…until now.
The entrance could support nuclear sized submarines, and allow access to different military installations that are inside the US, such as the China Lake Naval Base, that is in the middle of the Mojave desert, and the Naval Undersea Warfare Center in Hawthorne, NV between Las Vegas and Reno.
See More Here

Publicada por Ufomania - The truth is out there à(s) 3:25 PM