Hawaii News Now has received multiple reports of mysterious lights in the sky appearing to be off west Oahu around sunset on Tuesday. 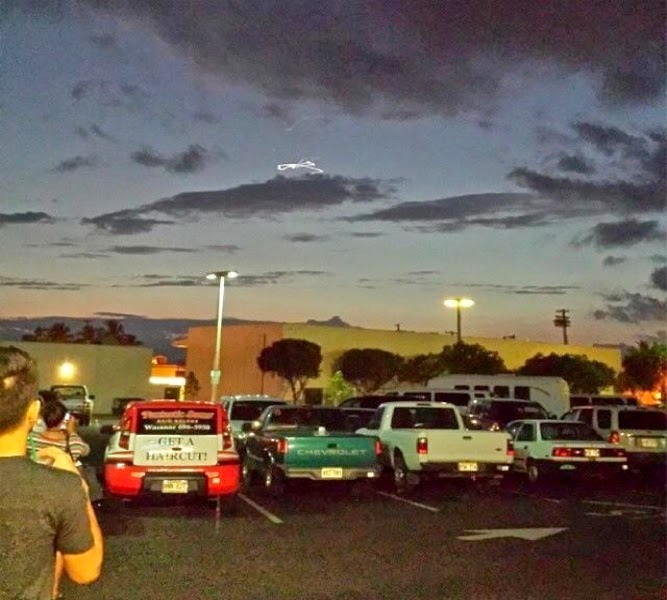 Photographs sent into our newsroom show a bright zigzag light overhead. There have been multiple sightings from all across Oahu, Maui and Lanai.

It wasn’t long before calls began pouring in as well.


“Super bright…this long line…then it went into this loopty-loop,” said Carie Matthews, a North Shore resident.
“It was just a zigzag…almost looked like letting air out of a balloon,” Bryan Cuelho from Waialua said.
Xander Amatore, 10, from the North Shore said, “It was like a streak of light. It was white. It was really bright. It went kind of in a loop, but as it went down it was in a zigzag.” 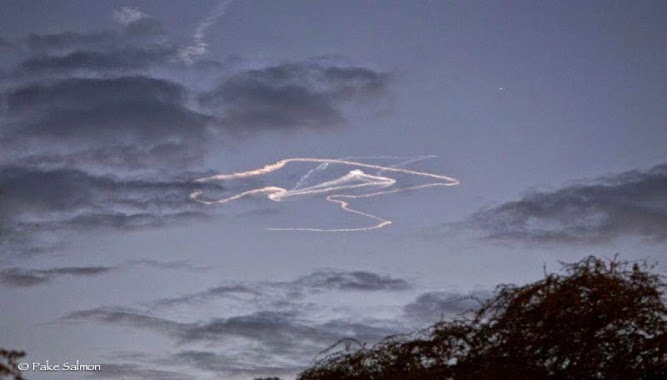 Honolulu police said they’ve received numerous calls, but don’t believe the lights are tied to any kind of Military activity. A U.S. Navy spokesman said he is not aware of any Military operations that coincide with the light.
The U.S. Coast Guard said, based on descriptions, it is unlikely that the lights are distress flares, but could possibly be related to meteor activity. 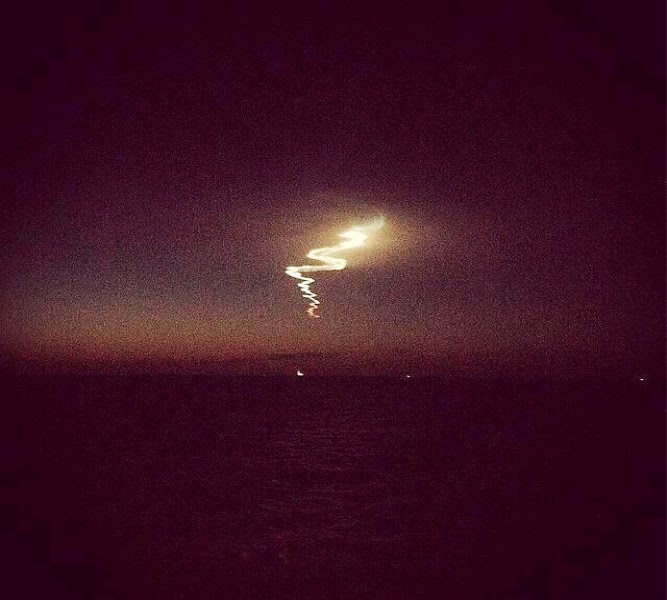 “The first thing that came out of my mind was UFO,” said Cuelho.
“Something definitely was up there, going off,” he said.
“It was crazy. I’ve never seen anything like it,” said Matthews.
Source: VP
Publicada por Ufomania - The truth is out there à(s) 2:13 PM