"The Hum" refers to a mysterious sound heard in places around the world by a small fraction of a local population. It's characterized by a persistent and invasive low-frequency rumbling or droning noise often accompanied by vibrations. While reports of "unidentified humming sounds" pop up in scientific literature dating back to the 1830s, modern manifestations of the contemporary hum have been widely reported by national media in the United Kingdom, the United States and Australia since the early 1970s.
Regional experiences of the phenomenon vary, and the Hum is often prefixed with the region where the problem centers, like the "Windsor Hum" in Ontario, Canada, the "Taos Hum" in New Mexico, or the "Auckland Hum" for Auckland, New Zealand. Somewhere between 2 and 10% of people can hear the Hum, and inside isolation is no escape. Most sufferers find the noise to be more disturbing indoors and at night. Much to their dismay, the source of the mysterious humming is virtually untraceable.
While the uneven experience of the Hum in local populations has led some researchers to dismiss it as a "mass delusion," the nuisance and pain associated with the phenomenon make delusion a dissatisfying hypothesis. Intrigued by the mysterious noise, MacPherson launched The World Hum Map and Database in December 2012 to collect testimonies of other Hum sufferers and track its global impact (he now also moderates a decade-old Yahoo forum along with Deming).

MacPherson quickly discovered that what to him was a strange rumbling was actually having pernicious effects on hundreds of people, from headaches to irritability to sleep deprivation. There are reports that weeks of insomnia caused by the Bristol Hum drove at least three U.K. residents to suicide. "It completely drains energy, causing stress and loss of sleep," a sufferer told a British newspaper in 1992. "I have been on tranquilizers and have lost count of the number of nights I have spent holding my head in my hands, crying and crying." Thousands of people around the world have shared similar experiences of the Hum; some, like MacPherson, are devoting their time to finally uncovering its source. 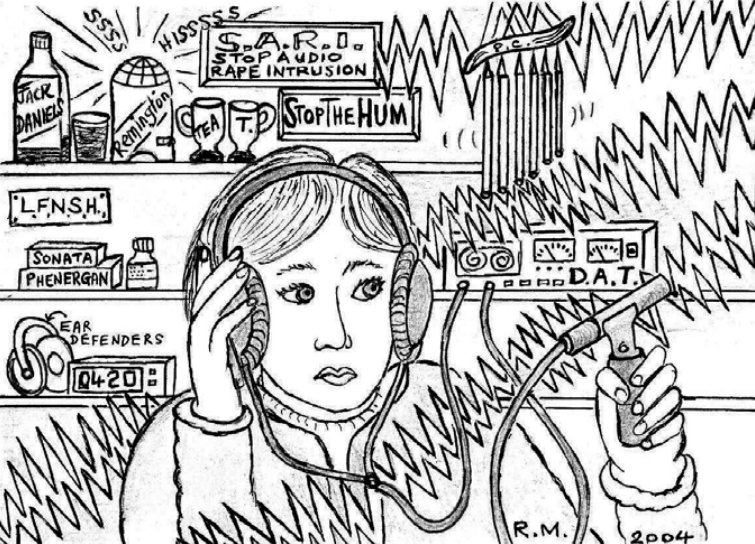 Publicada por Ufomania - The truth is out there à(s) 8:23 PM