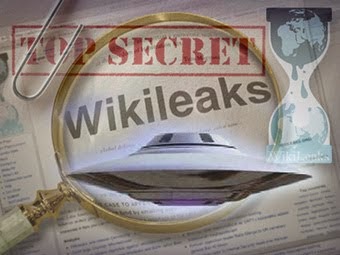 Here’s a look at some of the mentions of unidentified flying objects (UFOs) and extraterrestrials in the U.S. government cables released by WikiLeaks founder Julian Assange.

A 2006 cable from the American Embassy in Vilnius, Lithuania, recounts a cryptic comment by the Prime Minister’s adviser Albinas Januska.
The cable states: “Reflecting his self-image as a patriot fighting off Russian influence, he [Januska] also warned of the existence of ‘a group of people, who are directed from the East, a group of UFOs, who are making influence from the Cosmos,’ adding elliptically that, ‘there also exists a decreasing group of persons, who are trying to rationally analyze the situation and to objectively evaluate what is happening.’”
UFOs can refer to unidentified foreign organizations as well as to unidentified flying objects; aside from his reference to the cosmos, it could seem Januska meant the former. Januska held much power in the country, as is noted in the cable: “Albinas Januska’s continuing influence in Lithuanian politics cannot be overstated. In addition to being a cunning strategist, he is extraordinarily well-connected among Lithuania’s political class.”

Tajikstan is a Central Asian country bordered by Afghanistan, Uzbekistan, Kyrgyzstan, and China. The mayor of the Tajik city of Dushanbe, Mahmadsaid Ubaidulloev, met with U.S. Ambassador Ken Gross in 2010. Gross summarized his meeting with Ubaidulloev in a classified documentlater released by Wikileaks.
The talk mostly concerned opening an American corner in the city, upcoming elections, the losses suffered by Tajiks and Americans in Afghanistan, and a dam project. But the topic of extraterrestrials also entered the conversation.
Gross wrote: “[Ubaidulloev] asserted the existence of life on other planets, caveating this by noting that we should focus on solving our problems on Earth.” Gross quoted Ubaidulloev: “We know there is life on other planets, but we must make peace here first.”
The chat was not a pleasant one for Gross, who summed it up as “a right painful 90 minutes.” Gross characterized Ubaidulloev as “difficult, unpredictable, and sometimes hostile.” During their meeting, the mayor obviously lied about free elections, voluntary contributions to the dam project, and free media, according to Gross.

A couple of unclassified documents, one listed as coming from the American Embassy in Ottawa and the other from the American Consulate in Montreal, express some concern over the Raelian religion in Canada.
The Raelians believe humanity was created by extraterrestrials as a lab experiment, according to the documents. They had targeted high schools in the province of Quebec to persuade Roman Catholics to renounce their faith. The Raelians even had a plan to give students crosses to burn, according to the cables.
One of the documents cites local news analysis in stating that: “The ultimate goal of Raelians is to create life in a laboratory which would make human beings immortal and enable them to create another civilization on another planet. In the meantime … [they] want to build an embassy in Israel to welcome the Elohim when they come back in 2035. The group has also been criticized for advocating the use of genetics for eugenic attempts at improving the human race.”
At the time the cable was written, the group had claimed to have successfully cloned a human.
Other references to extraterrestrials and UFOs in the WikiLeaks documents include the following:


Belarussian Minister of Defense Yuriy Zhadobin said in an unclassified cable that the ministry no longer investigates paranormal phenomena as it did in Soviet times due to lack of funds. Another unclassified cable mentioned that Japan’s Chief Cabinet Secretary Machimura believes extraterrestrials have flown spaceships near Earth and he was not happy about his government’s first official dismissal of all UFO reports. Another discussed the tsunami predictions made by French author Eric Julien who has said he was abducted by aliens. The cable states that Julien “claimed he had received information psychically,” learning that “a comet fragment would crash into the Atlantic Ocean on May 25, 2006, and cause a giant tsunami.” The prediction did not come to pass. 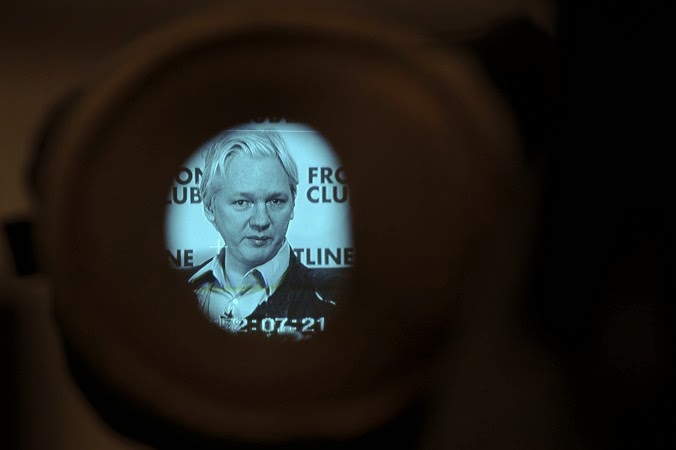