Could this be an image of the Loch Ness monster? 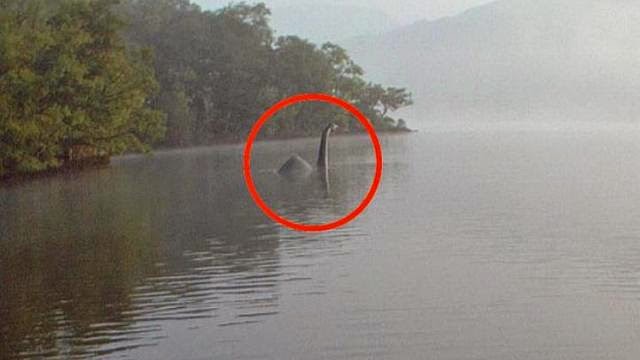 A photographer has captured an image of what she believes to be a creature from the deep.
Ellie Williams took the shots while taking pictures in the Lake District of Windermere, which is located 241km from Scotland’s Loch Ness area.
Loch Ness is best known for alleged sightings of the cryptozoological Loch Ness Monster, also known affectionately as "Nessie".
It is similar to other supposed lake monsters in Scotland and elsewhere, though its description varies from one account to the next.
Popular interest and belief in the animal's existence has varied since it was first brought to the world's attention in 1933. Evidence of its existence is anecdotal, with minimal and much-disputed photographic material and sonar readings, according to Wikipedia.
The most common speculation among believers is that the creature represents a line of long-surviving plesiosaurs but the scientific community regards the Loch Ness Monster as a modern-day myth,

The pictures were taken when the photographer left her camera on automatic mode for a full day, reports The Mirror.
And the 24-year-old discovered the amazing image when she reviewed the shots, which were supposed to be of the colours of the changing seasons.
The Loch Ness monster is found in England.

Ellie, from London, said: “When I set up at Lake Windermere it was business as usual to take some lovely photos of the wildlife around the lake.
"When I reviewed all the images I thought it might have been a swan or a goose, as I was looking at the image on my smartphone.
“I’m open to suggestions as to what the creature could be – I’m just glad I put the camera in the right place at the right time.”
According to the Mirror, this is not the first time an underwater beast has been spotted in the Lake District.
There have been several sightings of a monster, dubbed Bownessie, in Windermere before.
The first sighting was in 2006 and since then the Lake District lizard, described as a snake-like beast with humps, has appeared several more times. 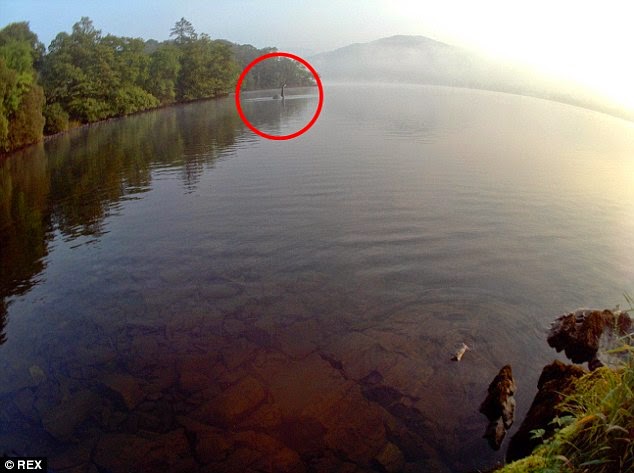 Publicada por Ufomania - The truth is out there à(s) 7:47 PM