CBS 6 in Virginia says they were asked to “explain the UFO that streaked across the sky during your landfill piece on the 11:00 newscast tonight.” The news item the viewer referred to was on the East End Henrico landfill on December 9, 2013. They say others spotted the strange object in the video as well. In the video a streak of light can be seen in the background. A similar streak was found later in the video. CBS 6 say they checked on whether there were any meteorites reported that might, but it was before the Geminid meteor show began (December 12-16)

They also say they attempted to reach NORAD, but could not get a hold of anyone. In typical tongue-in-cheek fashion, they also did a lot of joking about trying to find out it Superman had been hired by any local business or was promoting his new movie, or if Santa had been test driving his sleigh.
Finally, CBS 6 says they got the answer they were looking for from their own head of photography. They say, “Turns out we can identify our flying object as a plane captured while using a show shutter speed.”
They did also note, that accord to the National UFO Reporting Center, there were two UFOs reported last week, one in Northern Virginia and another in Yorktown. 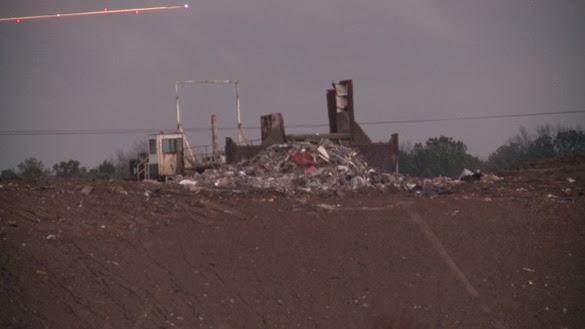 Publicada por Ufomania - The truth is out there à(s) 8:11 PM