Luring some of Britain’s 15,000 vampires out of the shadows is no easy task.
And Dr Emyr Williams won’t be inviting them out for a drink.
The psychologist is investigating the ‘underground network’ of real-life vampires who gather in secret to suck blood from willing volunteers.
He aims to shed light – although it might be best if he doesn’t do it literally – on members of a subculture he claims is ‘fascinating and all very real’. 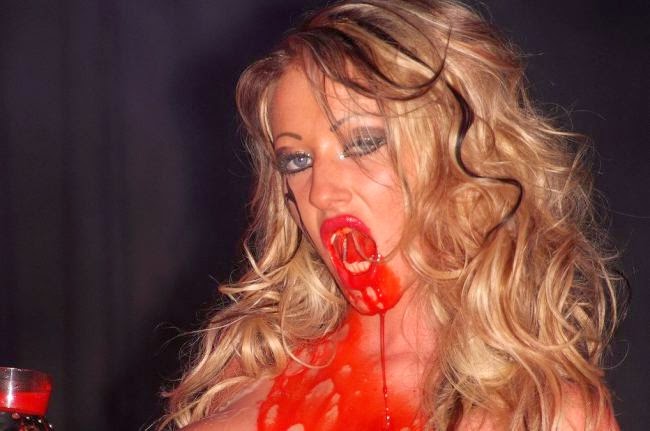 He has produced an online questionnaire to learn more about them. ‘Vampires are a group of people who drink blood, but their well-established laws mean they know who it can and can’t be taken from,’ he said.
‘For example, Sanguine vampires receive blood from willing donors who they can only cut on certain parts of the body, and they are forbidden from taking too much.
‘There are also Psychic and Hybrid vampires, blood donors, role-players and enthusiasts who are part of the community.’
Dr Williams, of Glyndwr University in Wrexham, added: ‘I don’t want to label them as mad or bad. They’re just people we need to know more about.’

Source: METRO
Publicada por Ufomania - The truth is out there à(s) 2:26 PM