What is the truth behind the real life relics that inspired the Indiana Jones movie, Kingdom of the Crystal Skulls. 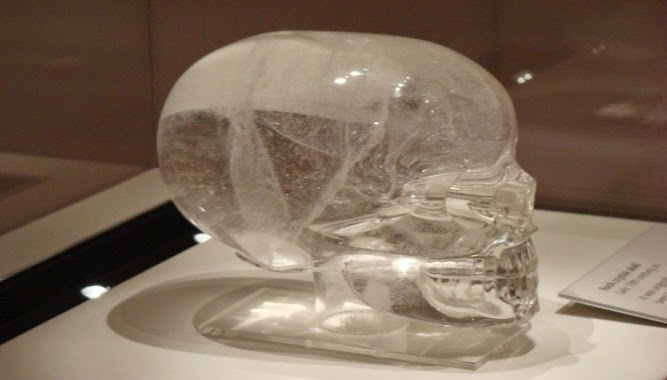 Real crystal skulls do exist, museums in London (Pictured Above) Washington and Paris each have one.


But the most famous skull of them all, ‘The Skull of Doom’, is the subject of much speculation and debate, amongst historians and archaeologists alike. 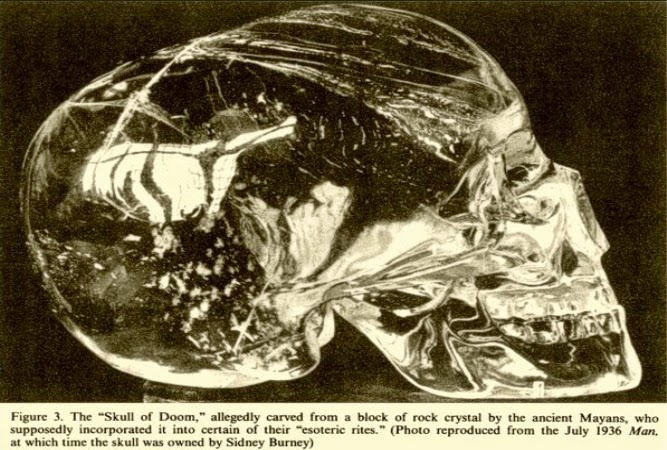 To the Mayan civilization, death was the giver of life. It was through the act of dying that one transcended through life into other dimensions.
Picture Below: Crystal Skull At The Smithsonian 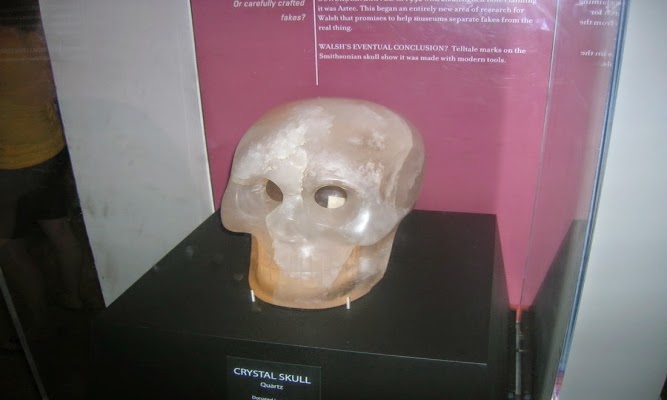 Legend has it that 13 life size crystal skulls exist carved of natural quartz crystal, some with movable jaws, that are said to “talk” or “sing.”
The skulls were said to be remnants from our earliest ancestors, and that they contained information and knowledge.
Pictured Below: The Paris “Musee de l’Homme” Crystal Skull 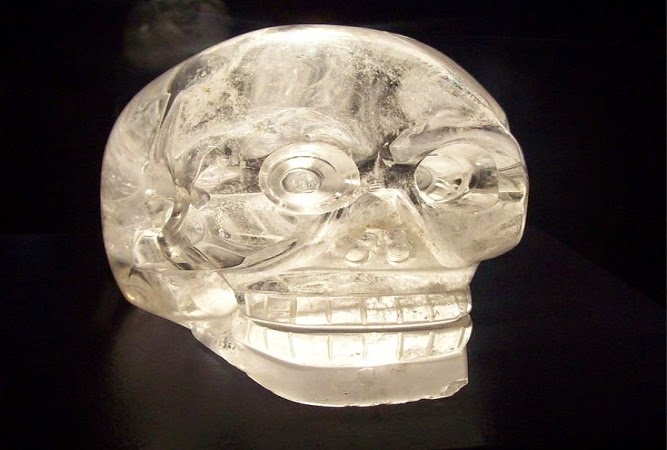 The skulls are said to contain the answers to human evolution, universal information, planetary information, and most valuable of all, humankind’s destiny and true purpose.
The legend claims that at a time of great need, the skulls will be discovered and reunited.
The information they provide will save the human race. The legend forewarns, however, that mankind must be able to accept the knowledge morally and spiritually.
Variations of this legend exist in Native American tribes ranging from the Mayans, the Navajo Indians, the Aztecs, the Cherokee Indians, the Seneca Indians.
These legends have been handed down through generations for literally thousands of years, but until further evidence is discovered about their true origins, and purpose, the Crystal Skulls will remain a mystery.
Source: VP
Publicada por Ufomania - The truth is out there à(s) 11:06 AM