An Interesting connection between flight MH370, and the Battle: Los Angeles movie trailer has emerged. 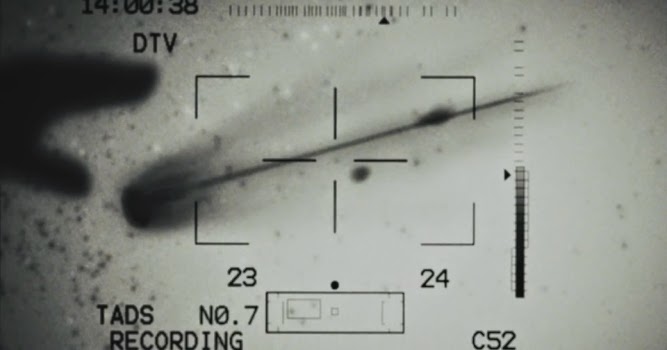 The recent movie trailer by Rupesh Paul called “The Vanishing Act” which is about flight MH370, contains a frame from the Battle: Los Angeles movie trailer.
Interestingly, the still frame in question is used in a subliminal way in both videos. The image clearly shows a saucer shaped UFO. (Pictured Above)
The still frame is observed multiple times throughout the short video, and according to director Rupesh Paul, he did not put it there, claiming the final edit for the promo was done by others, and quickly released without his knowledge.
The movie Battle: Los Angeles which was released in 2010, four years previous to the disappearance of flight MH370, and depicts an alien invasion force attacking Earth.
Is there a connection to missing flight MH370, and a possible Alien false flag, or is this more smoke and mirrors to divert us from the real truth?
The question remains as to who added those subliminal frames to “The Vanishing Act’s” trailer and why?
Malaysia Airlines Flight MH 370 mysteriously vanished on March 8, with 239 people on board.


Image can be seen first at 00:2 into the video, and is repeated multiple times throughout the trailer.
Same subliminal Image appears at 00:26 just after the whiteout, Check video below.

Publicada por Ufomania - The truth is out there à(s) 2:19 PM