New Bitcoin Alternative UFO is Out of This World- Designed For Interplanetary Transactions. 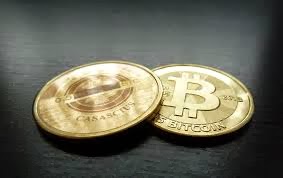 New digital currency UFO is based on Bitcoin but has some key differences; such as a focus on interplanetary transactions.

January 13th, 2014 / On the 5th January 2014 UFO was launched; a blockchain based, decentralized digital currency based on the Bitcoin protocol with a very fast blocktime of just 1.5 minutes. The mission behind the currency is simple: “UFO is a new type of decentralized currency. Not minted or endorsed by any nation, but by users across the globe.
Anywhere there is internet, you can send or receive UFO. Even in outer space”. The new digital currency is designed to be fast, with increased security and cost efficient mining – and is designed to be used for future “interplanetary transactions”.
The new digital currency has received widespread support on the forums, with over 100 fans voting to see UFO traded on Cryptsy for Bitcoin. A number of famous UFO publications have already contacted the UFO dev team; expressing an interest in writing articles about the coin. There are also plans for a community website similar to abovetopsecret.com, which will pay users in UFO for contributing stories, news, sightings and videos.
UFO is the first serious sci-fi digital currency and is receiving widespread exposure in China, due to many Chinese supporters aiding the growth of the community. UFO is available on Windows, Linux and Mac; UFO clients are available for download from the UFO official website at ufocoin.cc. UFO has seen rapid adoption by cryptocurrency miners, perhaps due to the fact that the dev team has not “told aliens we are launching the coin, so start mining before they setup their own rigs.”. Unlike

Source: Bitcoin
Publicada por Ufomania - The truth is out there à(s) 7:06 PM