Crop circles are not the work of hoaxers and aerial photos of the Black Country can prove it, says Australian boffin. 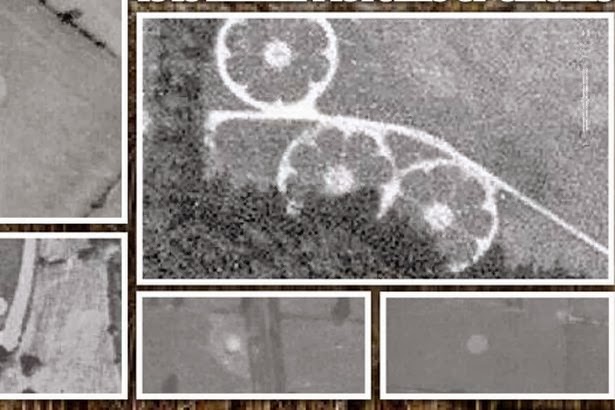 AN Aussie historian believes he has buried forever the ‘cereal’ lie that crop circles are the work of hoaxers – by unearthing Black Country images of them dating back to 1945 and beyond.

It’s ‘barley’ believable, but Greg Jefferys has also uncovered evidence of the phenomenon in scientific documents dating back to 1880. 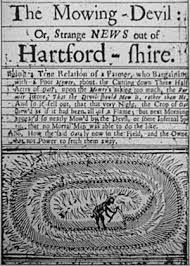 The boffin, from Hobart, Tasmania, says his findings prove there’s more to the mysterious circles than hoaxers playing silly tricks.
“This discovery proves that claims by various artists to be the sole creators of crop circles are themselves a hoax,” he says.
“It just goes to show that the circles remain unexplained.
“I hope this discovery will stimulate renewed interest in crop circles by serious scientific researchers who have been fooled by the hoax claims.”
Greg, aged 59, who cut his teeth locating shipwrecks, used Google Earth’s new 1945 overlay – images of places taken 68 years ago – to make the breakthrough.
He spent more than 300 hours scouring the English countryside using the technology – and found a large number of crop circles.
Two of the most significant were on the outskirts of Stourbridge. 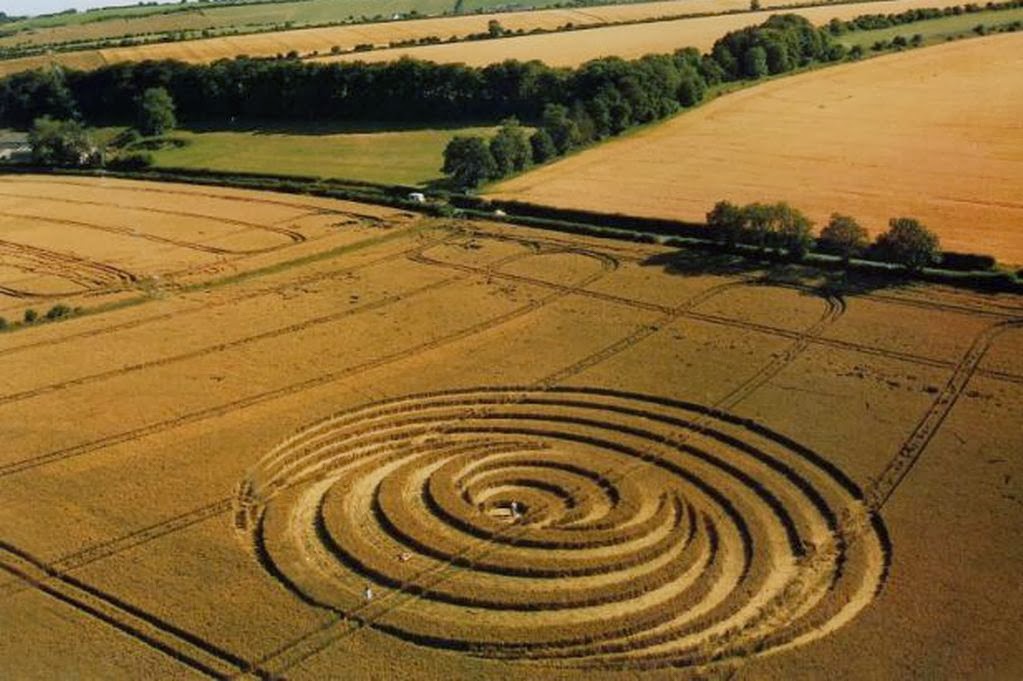 “Searching the old images presented many challenges,” Greg told the Sunday Mercury. “Some of the original photographs had physical and chemical damage that produced circular flaws on the Google images.
“I had to develop a methodology to distinguish between flaws on the film and genuine crop circles.”
Greg began his quest after reading an article in an 1800 edition of science journal Nature.
It suggested that crop circles had, in fact, been around since the 1700s.
And Stourbridge, believed to be a paranormal hotbed, was an obvious area to search.
In 2010 the town, once famed for glass-making, made headlines when a BBC journalist filmed a strange, orange orb in the skies over Wollaston.
But crop circles were not the only thing Greg uncovered while scrutinising the old aerial photographs.
“I also found a number of circular prehistoric structures similar to ‘Woodhenge’ – a timber, Neolithic monument close to Stonehenge,” he says. “But these were outside the Midlands.
“The aerial photographs from 1945 are particularly useful for finding prehistoric remains because they were taken at a time before farmers began the extensive use of heavy machinery in their fields, which disturbs the soil to a deeper level than previous farming methods.”
But there is one question Greg’s laborious research has failed to answer: if crop circles are not a hoax, what are they?
He has an idea of how to unravel this mystery.
“Firstly, I believe that the claims of various ‘artists’ to have created them all is patently false,” he says.
“That is itself probably one of the biggest hoaxes ever perpetrated on the scientific community, and I think that my 1945 Google Earth work does this.
“Secondly, there is a significant body of evidence that indicates high frequency electromagnetic energy is involved in the creation of crop circles.
“What is not clear is what generates that energy and organises it into circular patterns. This is one of the questions I hope to answer, at least partially.”
Those who have previously made a study of the strange symmetrical shapes – Reg Presley, former lead singer of 60s band The Troggs among them – already have their own theories as to how they are created.
They say that they are a warning about the perils of plundering our planet’s resources, not just two blokes with a plank and piece of rope.
In a blog, expert Freddy Silva explains: “Crop circles are organised harmonic forms that manifest around the world, the result of an energy interacting with the physical world – in this case plants. This energy is comprised of light, sound and magnetism.”
That’s one in the eye for the Ministry of Defence who, up to 1990, blamed all crop circles on two pensioners named Doug and Dave.
The theory was debunked when the structures, which some claim have healing qualities, appeared as far afield as California and Western Australia.
In fact, they have been spotted in 29 countries, created out of wheat, barley, linseed, rice paddies and even ice.
Doug and Dave only had bus passes.
And cynics still cannot explain what happened at Stonehenge on July 7, 1996.
At 4.15pm an RAF pilot reported nothing unusual below. Just 15 minutes later, a second airman reported a 900ft formation, comprising 149 circles aligned along a spiral curve.
The media may have lost interest in them, but crop circles are still out there. Last year provided a bumper harvest, with 18 recorded in August alone.
Reg, the country’s best known circle investigator, believes the striking agricultural artworks are messages from space.
Twenty years ago, he shocked the world by revealing: “A 200 foot long penis turned up in a crop formation just by Chequers.
“Everybody laughed – so did I.
“But one week after that appeared near the Prime Minister’s home, we discovered that the American male had lost half of his sperm count.
“Two months after that it came out that we’re losing it over here, too.
“I don’t believe that crop formation was a hoax. I think somebody was trying to tell us something.
“It’s all so bloody weird.”


Source: Birmingham Mail
Publicada por Ufomania - The truth is out there à(s) 11:38 AM