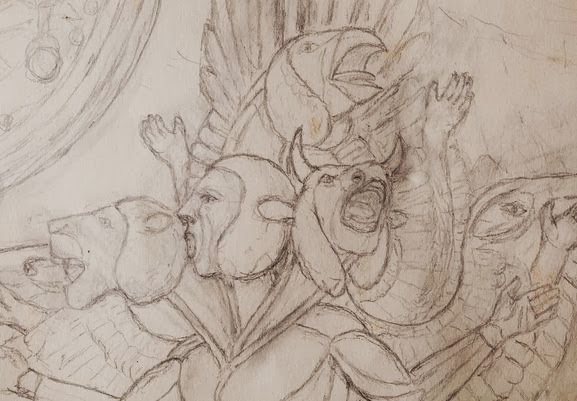 A box has been found containing detailed drawings of alien beings, an unidentified flying object, and transcripts exploring the link between alien encounters and ancient religions.
A user on the social media platform Imgur posted a series of photos  showing the contents of an old wooden box, roughly 29 inches by 38 inches, that his friend found in the garbage. The post had more than 250,000 views as of Monday morning, about 20 hours after the user uploaded it. It has not been independently verified.

The musty box contains clues, but also raises many questions—it’s a mystery.
It appears to have belonged to a man named Daniel J. Christainsen who lived in Florida but was a native of the Netherlands. He may have been a WWII veteran—the box contained a blank paper with the Veterans Administration Medical Center header. He may have been an engineer, or at least was technically inclined—the box contained technical drawings of roller bearing designs. His documents suggest he may have had an alien encounter, though the references to a direct experience are vague and open to interpretation.
He writes of “an apparition or the Tampa Bay Obscuration” on July 7, 1977. 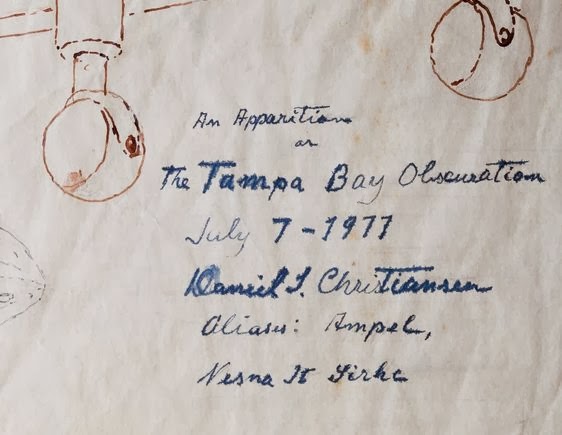 He draws alien beings and describes them: “Every one had four faces and every one had four wings.”
One of the faces appears humanoid, while the other three appear animal-like—a cow-like creature and bird-like creature are among them. The humanoid figure has hoofs for feet.
Christiansen recalls biblical references he feels refer to alien encounters. It is unclear whether his drawings relate to his own experience or whether they depict historical accounts. He also references a sighting in Brazil in 1967 by an American tourist.
He writes in reference to the biblical account by Ezekiel: “The fire that had the colour of amber had to await the day when electric lights were available on earth before it would allow a literal interpretation; so would the eyes of the creatures and … the wheels need to await the day of electronics and television before a reasonable interpretation would be possible.
“It would in fact be necessary to await the many technological inventions before interpreting the 2,500 years old experience, which Ezekiel found expedient to call visions.”
The figures with the animal heads recall figures from ancient paintings and sculptures.

In Tibet and some other regions, deities were sometimes depicted with the head of a horse or other animal. Sometimes the animal head was the main head, but sometimes the deity would have multiple heads, one or more of which would be animal heads. The drawings also recall the Greek minotaur (man-bull figure referenced in Greek mythology) and similar figures. 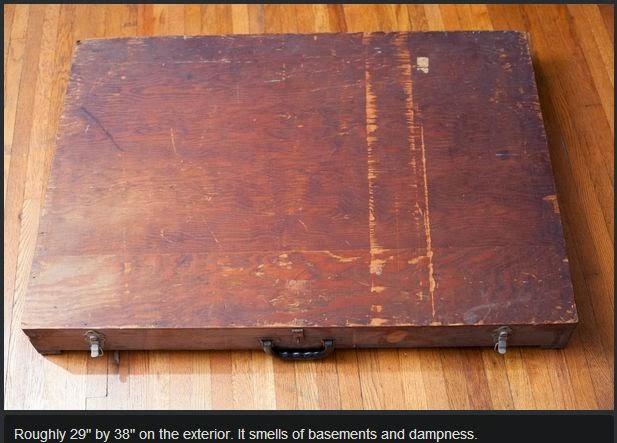 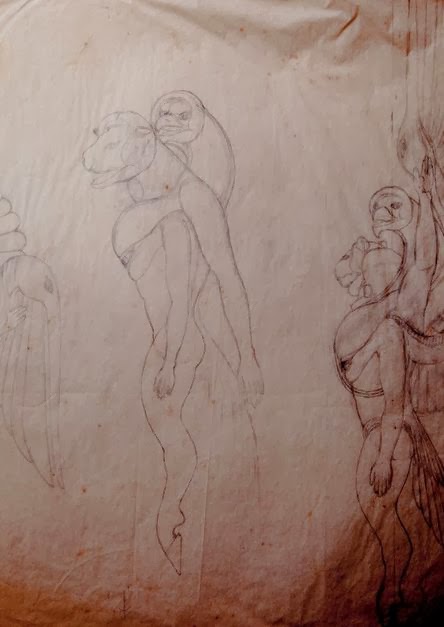 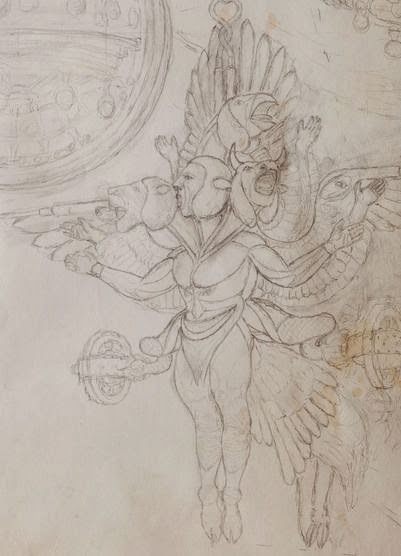 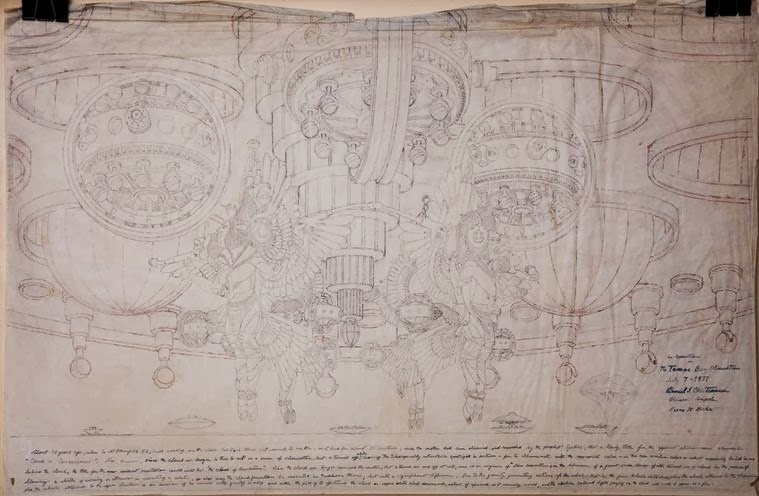 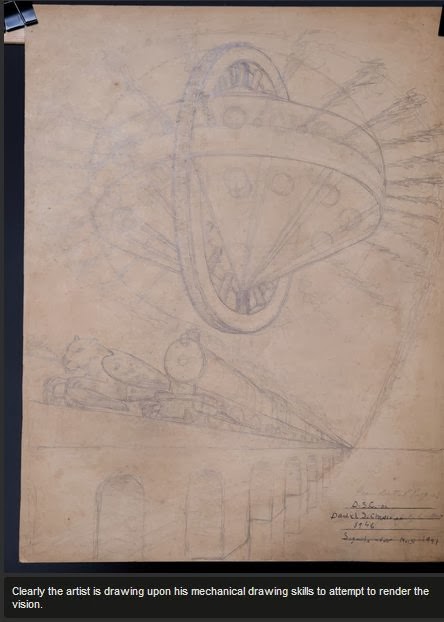 Publicada por Ufomania - The truth is out there à(s) 1:25 PM