[Video] Baltic Sea Is Like a Real Life Twilight Zone 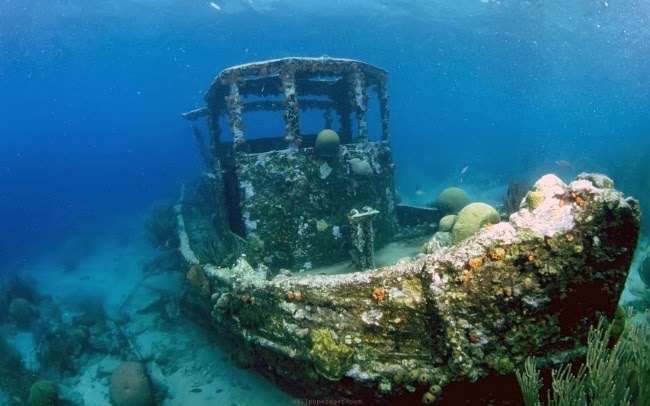 While travelling through another dimension not one only of sight and sound, but of water and seaweed, a signpost up ahead reads “The Baltic Sea.” No, this is not the Twilight Zone although the mysterious happenings in this body of water over the past several years certainly make it seem like it is a real life version of one. With perhaps as much weirdness as the Bermuda Triangle itself, the Baltic Sea continues to produce some of the most unusual findings which have sparked both the scientific and paranormal community’s shared interests.

The most recent discovery which came from beneath the currents was the emergence of stone artifacts discarded from around 10,000 to 11,000 years ago off the coast of Sweden. However, these artifacts were not completely newly discovered. Swedish researchers had known about them for five years but it was only recently that they were carefully examined. Björn Nilsson, archaeology professor from Södertörn University led a team of researchers and a diver to explore the area where they unearthed organic items like implements carved from bone, antler and even wood. These remarkable findings are causing this discovery to be widely referred to as the “Swedish Atlantis,” although Nilsson dismisses the suggested name. The original Atlantis was of course, referred to originally by Plato and has been debated as to whether it was real or nothing more than a myth.

If this odd yet remarkable find was the only discovery that the Baltic Sea had washed up, it would simply not be just cause to refer to it as being anything like a real life Twilight Zone. However, back in 2011 an Swedish ocean research team called Ocean X, led by Peter Lindberg made a discovery that was so completely unconventional that it has hence been called “The Baltic Sea Anomaly.” The mysterious circular shaped object found at the bottom of the sea floor on the team’s sonar has been called a UFO, a Nazi secret weapon and also, nothing more than a glacial deposit. Whatever it is, it has been considered particularly unusual because of its perfectly circular shape.
As if finding the strange object wasn’t already odd enough on its own, when the Ocean X team’s submarine approached, divers reported that their equipment experienced malfunctions. Unfortunately, Lindberg and his team did not have the interest nor the resources to pursue anomaly and Hanumant Singh, a researcher from Woods Hole Oceangraphic Institute explained that the teams sonar scan was sadly, not very reliable. While the original discover lost a degree of public interest, things took an even more bizarre twist when Lindberg and his team discovered a second anomaly much like the first one a few months later. While there are plenty of theories as to what the anomalies are, better equipment and funding are both needed in order to get a more solid answer that can hold water. 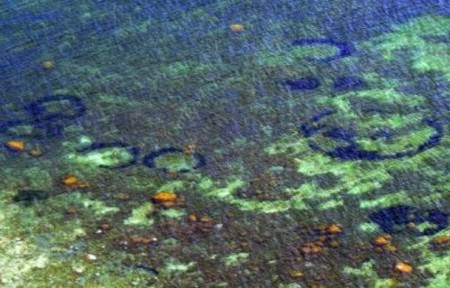 Strange Circles at the bottom of the Baltic Sea
Of course, the Swedish Atlantis and Baltic Sea Anomaly aren’t quite enough to say that the body of water is like a real life Twilight Zone, which is why there is yet another case. For over five years, there have been reports and images of strange circles, some up to 15 meters wide created from green eelgrass on the sea floor which have once again had theories about what they are that range from the paranormal to the mundane. Marianne Holmer and Jens Borum from University of Copenhagen say that the circles are nothing quite so out of this world. Instead, they have been formed only the results of a mud that contains a substance which is toxic to eelgrass and is causing the patterns to take shape. While this mystery may have been put to rest on the sea bed, the question is; what other enigmas does the Baltic Zone contain beneath its murky depths that have yet to be discovered?
By Jonathan Holowka
Sources:
Huffington Post
Daily Mail
Huffington Post
Live Science
Yahoo! News
Publicada por Ufomania - The truth is out there à(s) 12:58 PM