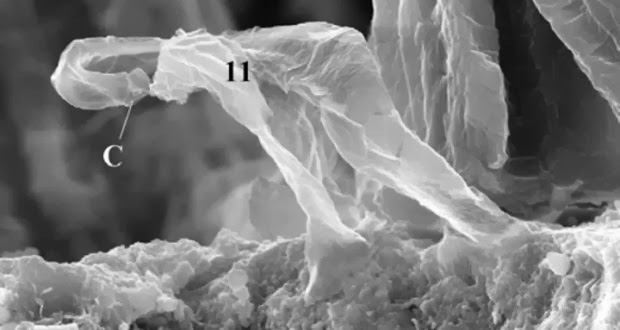 Controversial astrobiologist Richard Hoover and his colleagues at the Centre for Astrobiology at the University of Buckingham have been making worldwide headlines for years due to their claims that scientist have already obtained valid evidence of extraterrestrial life. Hoover will be presenting some of this evidence at the International UFO Congress at the Fort McDowell Radisson in Fountain Hills, Arizona on Thursday, February 13.
Hoover’s controversial claims caught major media attention while he was working as the Astrobiology Group Leader at NASA’s Marshall Space Flight Center in Huntsville, Alabama in 2011. In March of that year Fox News ran a story about a sneak preview they received of a paper Hoover submitted to the Journal of Cosmology in which he claims to have found evidence of microfossils inside a meteorite.Hoover told Fox News, “I interpret it as indicating that life is more broadly distributed than restricted strictly to the planet earth.”
The editor-in-chief of the Journal of Cosmology, Harvard astrophysicist Dr. Rudy Schild, said Hoover’s paper was peer-reviewed, and said he agreed with Hoover’s conclusions. However, other NASA scientists and many mainstream astrobiologists remained skeptical. The ensuing debate on Hoover’s findings played out across international headlines. 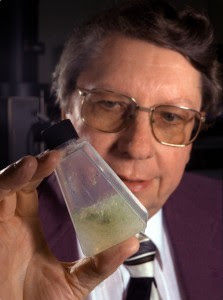 Richard B. Hoover (credit: NASA)
Hoover is currently a visiting scientist at Athens State University and a visiting research professor with the Centre for Astrobiology at the University of Buckingham. The later made headlines twice in 2013 for additional announcements of the discovery of evidence for extraterrestrial life. The first was with another paper submitted to the Journal of Cosmology claiming a meteorite in Sri Lanka contained fossilized diatoms they believed to be extraterrestrial. Then in September 2013, the group used balloons to find small biological organisms in the stratosphere where it is theorized earth bound organisms cannot exits.

Conference co-organizer Alejandro Rojas says, “People interested in UFOs are no strangers to controversial topics, and they are also fascinated by the search for extraterrestrial life, so it seems to be the perfect venue for Hoover to present his thought provoking evidence. The potential implications of his work are mind-blowing, which is a fact that is certainly not lost among a group of UFO enthusiasts.”
About the International UFO Congress:
The International UFO Congress is an Arizona based organization dedicated to the dissemination of information related to many areas in ufology. It was established in 1991 and hosts an annual conference which is the largest of its kind in the world. It features presentations given by authors, researchers, experts, enthusiasts, and those who have witnessed paranormal or anomalous phenomena from all over the world. It also provides a forum to discuss the experiences and findings. This event usually has over 20 Speakers, a Film Festival, tons of vendors as well as experiencer sessions. Topics generally covered are abduction, UFO sightings, UFO crashes, crop circles, paranormal experiences, government conspiracy and much more.
Source: OM