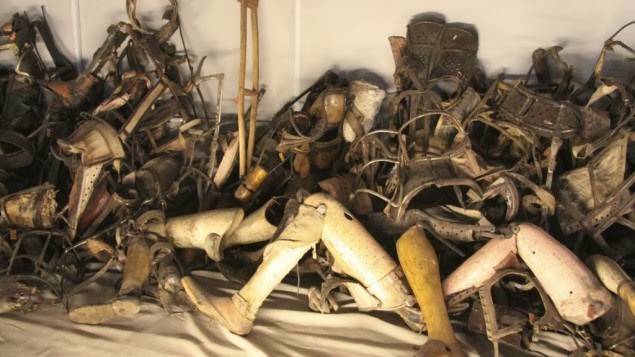 The United States used former Nazi doctors to develop interrogation techniques — including some that used hallucinogens like LSD — during the Cold War, according to a new book by investigative journalist Annie Jacobsen.


“The CIA teamed up with Army, Air Force and Naval Intelligence to run one of the most nefarious, classified, enhanced interrogation programs of the Cold War,” Jacobsen wrote, in an excerpt posted on the Daily Beast. “The work took place inside a clandestine facility in the American zone of occupied Germany, called Camp King. The facility’s chief medical doctor was Operation Paperclip’s Dr. Walter Schreiber, the former Surgeon General of the Third Reich… The activities that went on at Camp King between 1946 and the late 1950s have never been fully accounted for by either the Department of Defense or the CIA.”

According to Jacobsen, the US was concerned that the Soviets would use unconventional interrogation techniques if they captured a soldier or airman, and developed an initially defensive program against Soviet methods that soon developed into a covert project designed to force Soviet spies to talk, then forget that they ever did so.
“We felt that it was our responsibility not to lag behind the Russians or the Chinese in this field, and the only way to find out what the risks were was to test things such as LSD and other drugs that could be used to control human behavior,” program administrator and future CIA director Richard Helms said in a 1978 interview.

Other US intelligence agencies were brought on board, and introduced ex-Nazi scientists to the program. Trials were conducted at Camp King. In 1952, two Soviet spies captured by CIA-run ex-Nazi operatives were interrogated using the new methods.

“In the first case, light dosages of drugs coupled with hypnosis were used to induce a complete hypnotic trance,” a CIA memorandum revealed. “This trance was held for approximately one hour and forty minutes of interrogation with a subsequent total amnesia produced.”

“Operation: Paperclip” is the Princeton graduate’s third book. Her second, “Area 51,” was a well-received investigative report into the storied military installation, purported by some to be the home of a UFO cover-up. It was a fairly straightforward, well-researched look into military aircraft research and development at the site. But the end of the book took an unexpected turn. 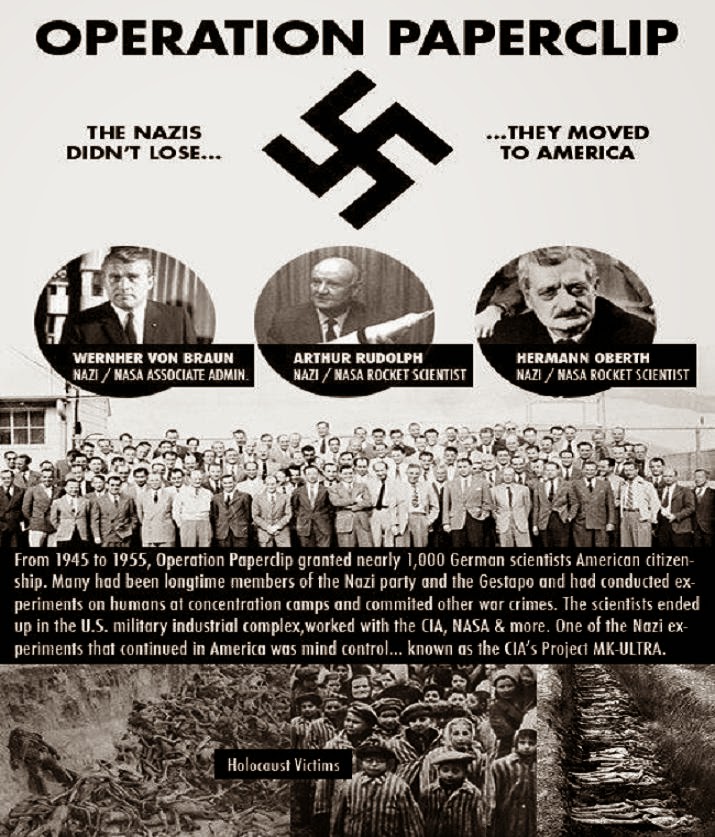 “Relying on the testimony of a single unnamed source,” read a critical review in Popular Mechanics, “Jacobsen’s book repeats the claim that some sort of UFO crashed at Roswell. But in her telling, the craft wasn’t of alien origin. Instead, it was a saucer built by the Soviets using technology they’d obtained from German engineers at the end of World War II. And there’s more. According to her unnamed source, the craft was manned by human teenagers who had been medically altered to look like aliens, with giant heads and eyes like wraparound Oakleys.”

“Who would do such a thing to children? Why, notorious Nazi death camp doctor Josef Mengele, Jacobsen writes, quoting her source quoting another source or sources, also unnamed. Seems that Mengele was working for Soviet boss Josef Stalin, who needed the mutants for a special project: scaring the daylights out of America with a fake alien visitation.”

Source: The Times Of Israel
Publicada por Ufomania - The truth is out there à(s) 8:58 PM