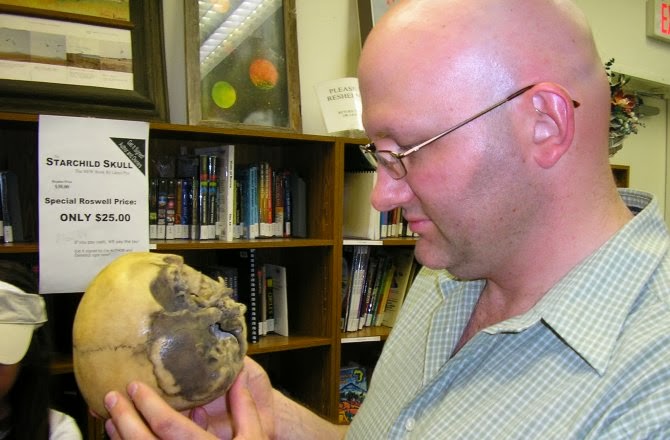 The discovery of deformed skulls in southern Peru has one researcher speculating that it may be evidence of "a new human-like creature" unknown to science.
There is nothing unusual about finding deformed skulls in the Americas; archaeologists have found them for years. Cranial deformation is a widely known practice, and in 2012 archaeologists in Mexico found a burial ground of twenty-five skeletons; of those, more than half showed intentional skull deformation.

However, according to a widely discussed blog on the AncientOrigins web site, the skulls found near Paracas, Peru, appear to be unusually --and possibly genetically -- deformed: "A DNA analysis has now been conducted on one of the skulls and expert Brien Foerster ... reports on the geneticist's findings: 'It had mtDNA (mitochondrial DNA) with mutations unknown in any human, primate, or animal known so far. But a few fragments I was able to sequence from this sample indicate that if these mutations will hold we are dealing with a new human-like creature... ."

Foerster states that his (as-yet anonymous) scientist found DNA with unknown mutations in a single sample. If it's true -- a big assumption given that Foerster's geneticist is unknown and no one has seen the study or any other information -- it's not clear what exactly that means. It could simply mean that the results are inconclusive, which would not be unusual, given the age and condition of the bone. Or it could mean a "new human-like creature." Or it could mean nothing at all. For now, it's nothing more than an attention-grabbing headline with nothing behind it except bold bluster. 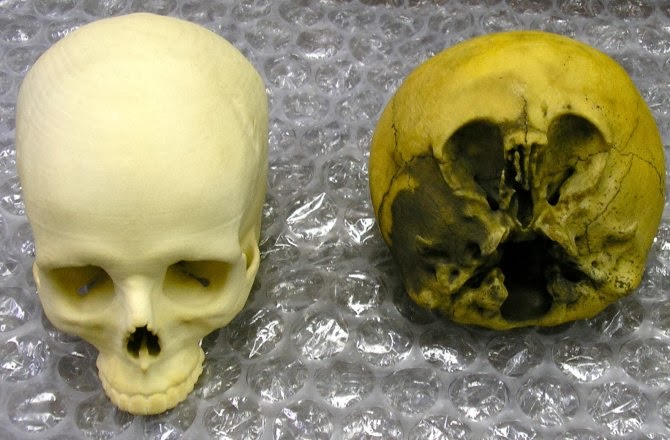 The Starchild Skull
This is not the first time that deformed skulls have been offered as evidence for extraordinary claims about new, unknown species of humans. One skull -- dubbed the "Starchild skull" -- was found in Mexico and later obtained by a UFO researcher named Lloyd Pye, who exhibited it at UFO and paranormal-themed conferences for years. I interviewed Pye and examined his famous Starchild skull while it was on tour in Roswell, N.M. The presence of a deformed skull at a UFO conference -- instead of, say, a medical conference -- reveals less about the skull than what its owner believes about its origin.

Pye, who died last year, was adamant that his research proved (he used that word, "proved," several times) that the skull must have been the result of humans having sex with aliens. The title of Pye's 2007 book, "The Starchild Skull: Genetic Enigma or ... Human-Alien Hybrid?" offers two choices for the origin of his skull.

But this is a textbook example of a "false choice" logical fallacy. In fact, the Starchild skull, like hundreds of other skulls deformed to a greater or lesser degree found in the Americas, is neither a "genetic enigma" nor a "human-alien hybrid." Two sets of DNA tests (one in 1999 and another in 2003) confirmed that the skull was human: a male child from North America or Mesoamerica who likely suffered a condition which leads to skull elongation and deformation called hydrocephalus.
Pye disagreed, claiming that the deformation is too extreme to be human, a curious position, given that human physical deformities appear in a spectacularly wide variety. Most normal humans have approximately the same features and dimensions; we don't see healthy adults with skulls the size of an orange, for example, or hands growing from ears.

The vagaries of nature and genetic disorders can and do create very rare, but perfectly natural, non-extraterrestrial, humans, ranging from primordial dwarfs to conjoined twins. There's even a famous two-headed woman, Abigail and Brittany Hensel, whose lives have been documented on various television shows. It's possible that, hundreds of years from now, a future version of Lloyd Pye or Brien Foerster will locate the Hensels' nearly unique skeleton and issue a sensational press release proclaiming it a new human species or even the result of alien breeding. 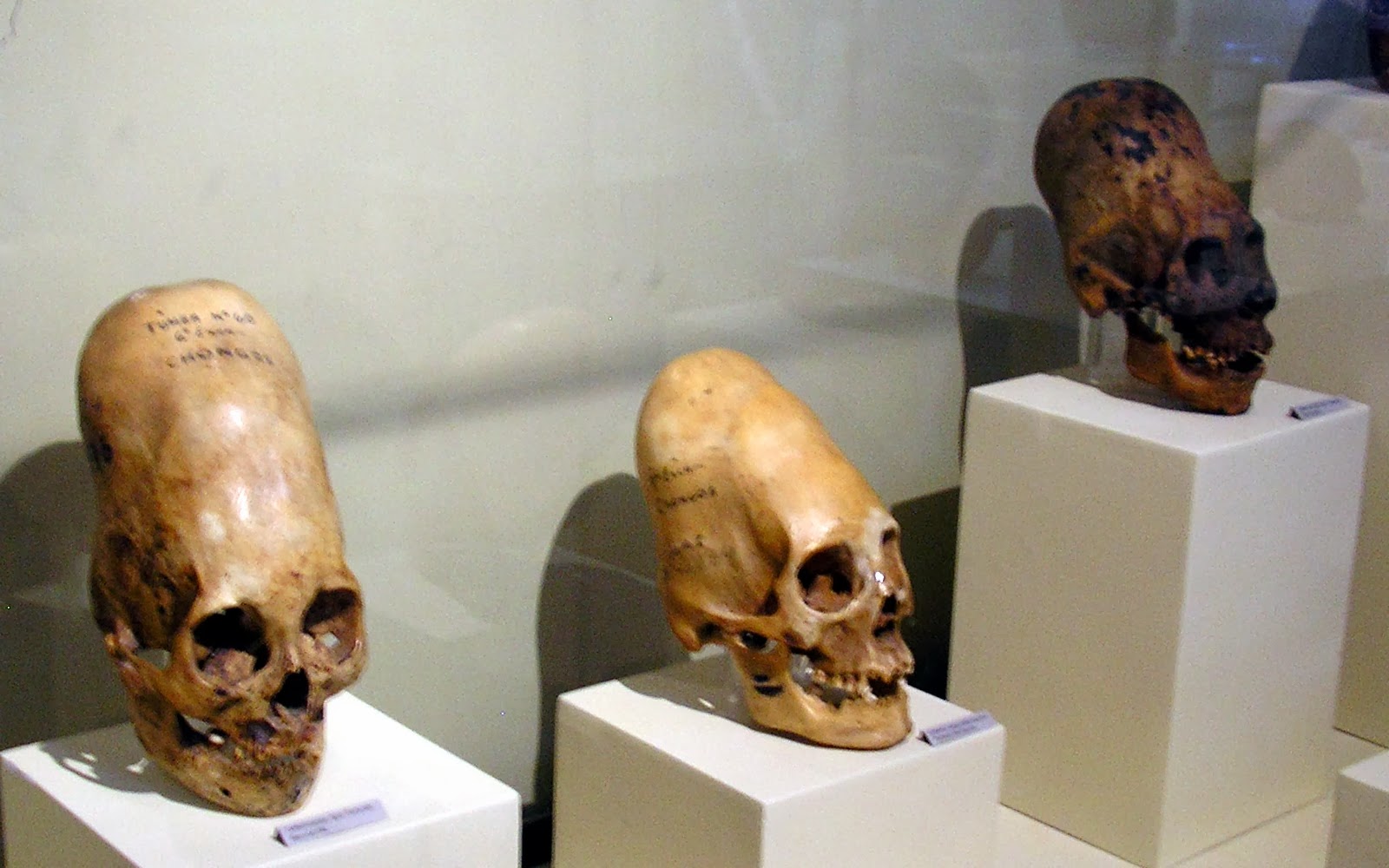 The mystery of Foerster's Peruvian skulls has been embraced by many, though skeptics abound. Sharon Hill, a researcher specializing in the public understanding of science and editor of the Doubtful News website, told Discovery News that the way the skulls' DNA results were released smacks of pseudoscience.
"This is an unconventional way of making 'groundbreaking' claims," Hill noted. "It's not supported by a university, but by private funding. The initial findings were released in this unprofessional way (via Facebook, websites and an Internet radio interview) obviously because Foerster and the other researchers think this is very exciting news," she said.

"But science doesn't work by social media. Peer review is a critical part of science and the Paracas skulls proponents have taken a shortcut that completely undermines their credibility. Appealing to the public's interest in this cultural practice we see as bizarre -- skull deformation --instead of publishing the data for peer-review examination is not going to be acceptable to the scientific community."

While it may be tempting and entertaining to look for extraterrestrial, or even supernatural, reasons for strange human deformations, there is no need to do so. Those who have mystery-mongering books and DVDs to sell (and documentary films to promote) will always find an audience. For anthropologists and anatomists, however, there's little mystery about their origins.

Writer Benjamin Radford examining a model of the Starchild Skull, claimed to be of an alien-human hybrid, in 2007.

Source: DN
Publicada por Ufomania - The truth is out there à(s) 2:08 PM