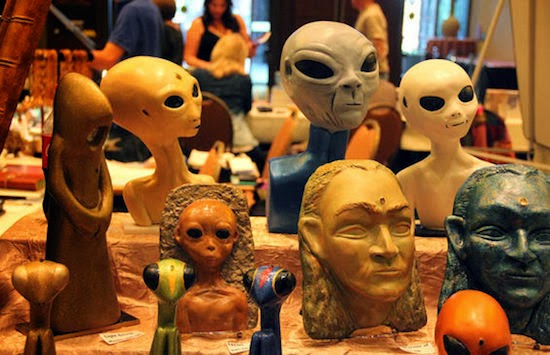 Every year, thousands of UFO enthusiasts, researchers, debunkers, and the simply curious arrive at the International UFO Congress in Fountain Hills. It's the largest annual UFO conference in the country, originally founded in Laughlin, Nevada, before moving to the Phoenix area in 2011.

Since then, the Congress has been organized by Tempe-based Open Minds Production, an LLC dedicated to UFO and paranormal research.

See also: Top 5 Things to Do in Metro Phoenix This Week 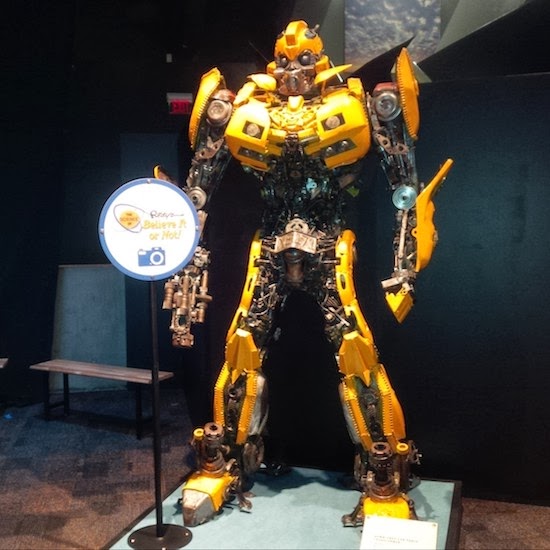 Open Minds publishes a magazine and produces a weekly radio program/podcast and an Internet show, Spacing Out! Each year staffers Angela Allison, Alejandro Rojas, Maureen Elsberry, and Jason McClellan coordinate the event, replete with speakers, private "experiencer sessions," a marketplace, and entertainment. The Congress draws UFO seekers from around the globe: Switzerland, South Africa, Canada, and from all over the United States.
The 2014 edition of the Congress starts Wednesday, February 12, and runs through Sunday, February 16, at Fort McDowell Resort and Casino. 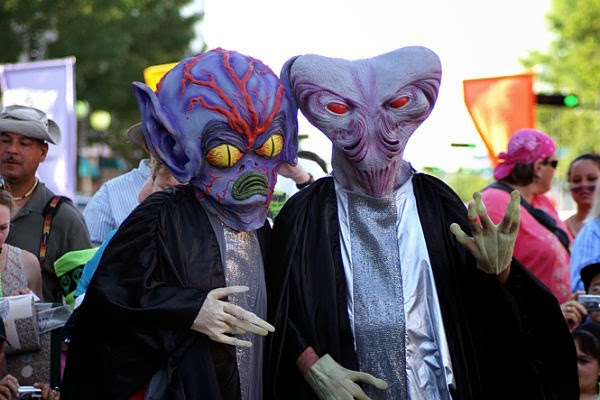 "We have such a big crowd every single year that they register as soon as we open registration up," Elsberry, co-host of Open Minds' Spacing Out! program and cast member of Uncovering Aliens on Discovery's Science Channel.
"There's such a high demand...every year well sell out faster and faster," Jason McClellan, producer and co-host of Spacing Out! adds. "We sell out of three different hotels out there."
The organizers expect about 2,500 attendees, with about 1,000 people attending the conference each day. Many have a long history with the Congress.
"We get so many people that come up to us and say, 'I was at the first one,' or 'This is my 18th Congress,'" McClellan says.
Of course, McClellan and Elsberry say, there's plenty of diversity in the crowd.
"This is a terrible analogy," McClellan says, smiling. "You've got your various cliques. There are certainly pockets of people who are 100 percent convinced that extraterrestrials are here, abducting people and interacting with people. There are groups of people are fascinated by this, who aren't sure what to think. There are people who say, 'Yes, life is out there, and we're going to find it soon, but it hasn't been here.' And then you have the hundreds of people who say, 'We are aliens.'"
"And then you have the hardcore skeptics who come too," Elsberry adds. "We do have a group of debunkers who come every year."
This year, the Congress features a wide range of presenters, including author Timothy Good, Aaron Sagers, host of Travel Channel's Paranormal Papparazzi, and George Noory, host of the most popular paranormal program on the radio, the long-running late night show Coast to Coast A.M. While many of the speakers speak are "believers," the Open Minds crew deliberately seeks to add scientists and explore other ideas regarding alien life. Astrophysicist Jeffery Bennett will discuss recent discoveries on Mars and the Kepler satellites discovery of Earth-like planets; NASA astrobiologist Richard B. Hoover will speak about the idea of microbial extremophiles and microfossils from meteorites. Not the "little green men" of UFO lore, but definitely "life ou there." 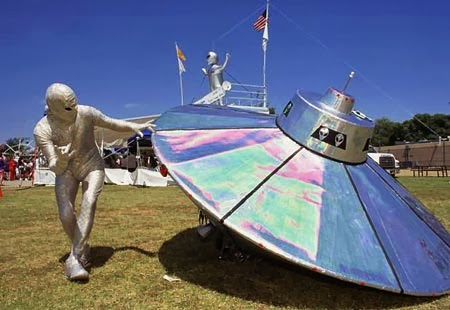 "You get a lot of the same [speakers] at every UFO conference," McClellan says. "It's difficult, almost impossible to avoid that. And they are some of the key players in the field...so you gotta have those people. But something that we've done this year is that we get new people, who have interesting research and topics, things people are interested in hearing, but they're not the usual suspects you see around."
"There might be some backlash, because we do have a lot of scientists speaking," Elsberry says. "But I'll have these people come up to me and say, 'Why did you have this person? We know [extraterrestrial] life is here, we know it's abducting people. Why do you have this guy trying to say life exists out there?'"
But neither organizer is too worried. The debates and occasional head-butting are just part of what makes the event fun. Even if there's hairs to be split regarding exactly what is out there, the Congress unites people interested in asking the questions with people pretty convinced they have the answers.

"For the most part, magically, everything seems to mesh," McClellan says. "They have a shared interest. They have different beliefs, but they're there for the same thing. They're civil to each other. There are debates and stuff like that, but overall people are pretty cool about other people's ideas and getting along."

Source: NewTimes
Publicada por Ufomania - The truth is out there à(s) 5:52 PM