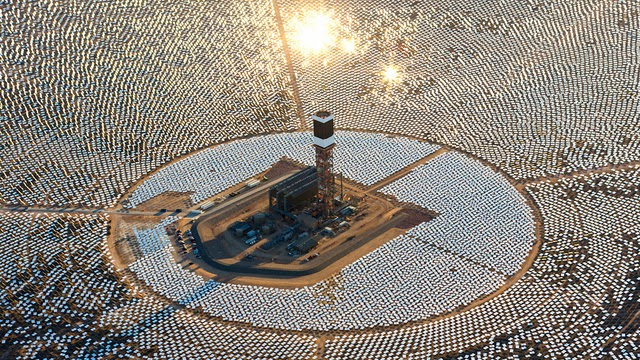 Take 300,000 computer-controlled mirrors, each 7 feet high and 10 feet wide. Control them with computers to focus the Sun's light to the top of 459-foot towers, where water is turned into steam to power turbines. Bingo: you have the world's biggest solar power plant, the Ivanpah Solar Electric Generating System.
Long-mired by regulatory issues and legal tangles, the enormous solar plant–jointly owned by NRG Energy, BrightSource Energy and Google–opened for business today.
From the official news release:

Sprawling across a staggering 5 square miles of federal land near the California-Nevada border, it looks goddamn beautiful. Just look at these amazing images.: 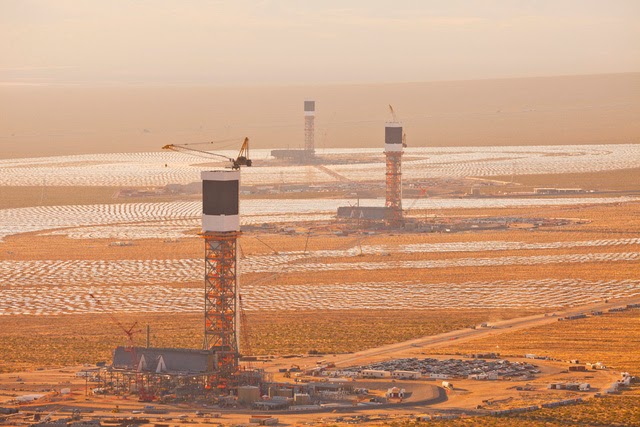 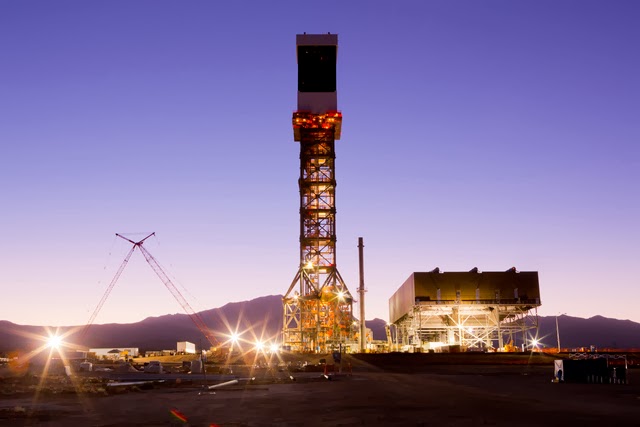 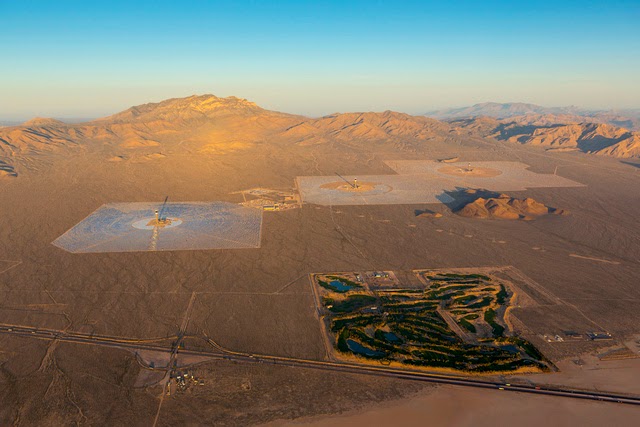 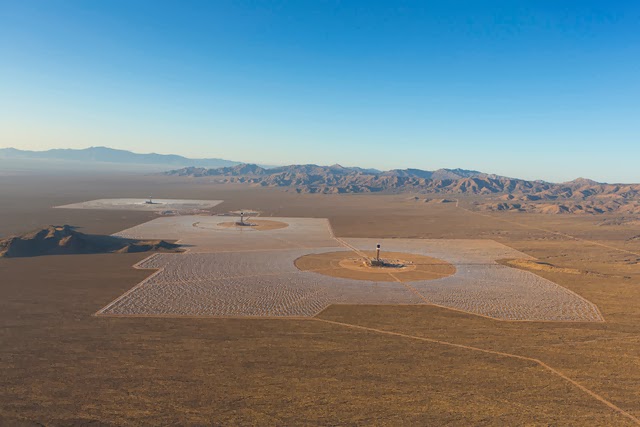 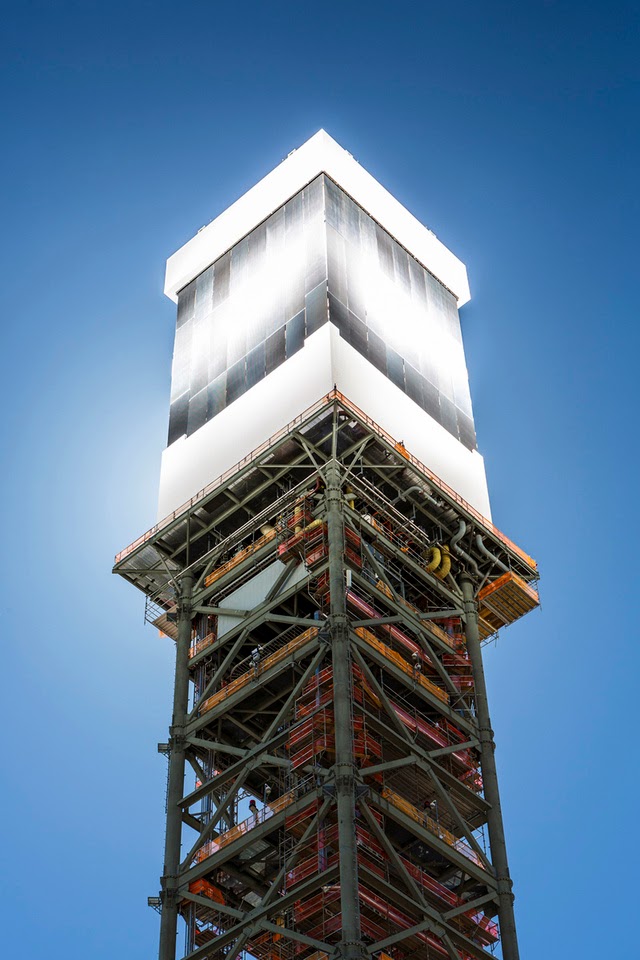 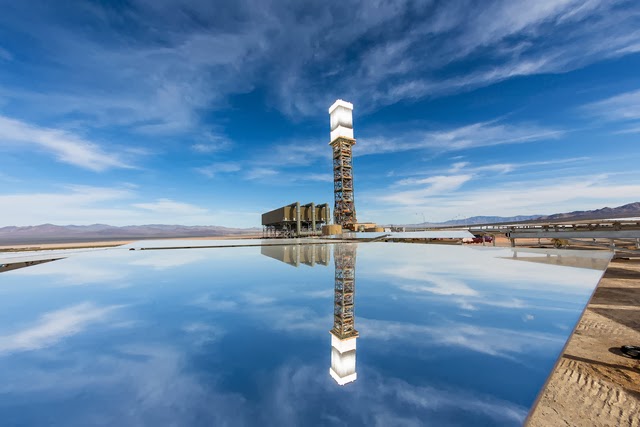 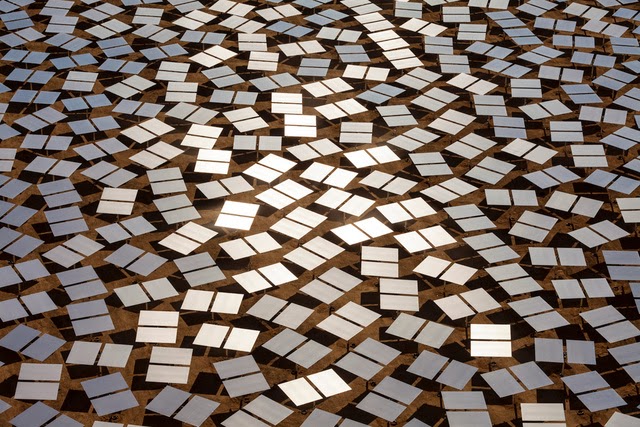 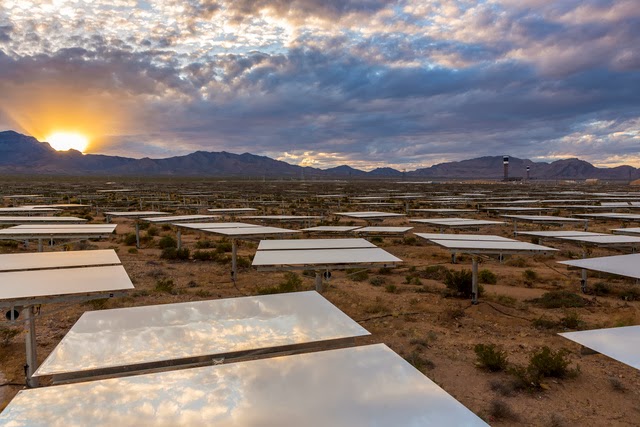 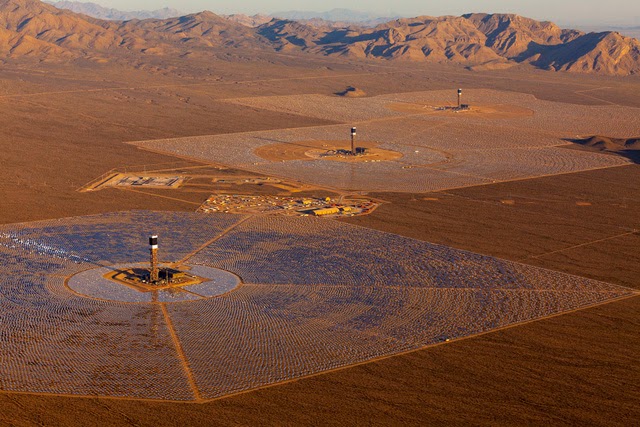 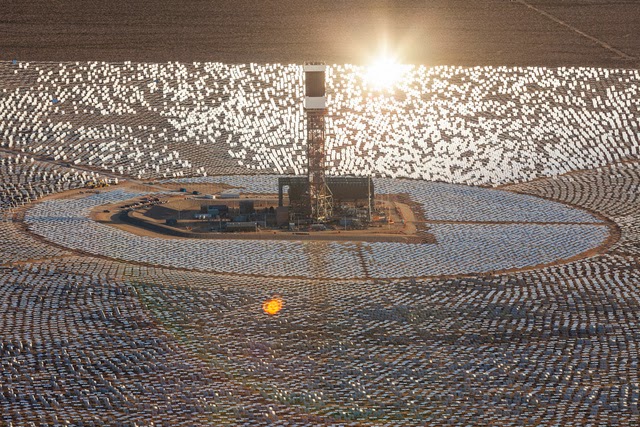 Source: Gizmodo
Publicada por Ufomania - The truth is out there à(s) 12:48 PM