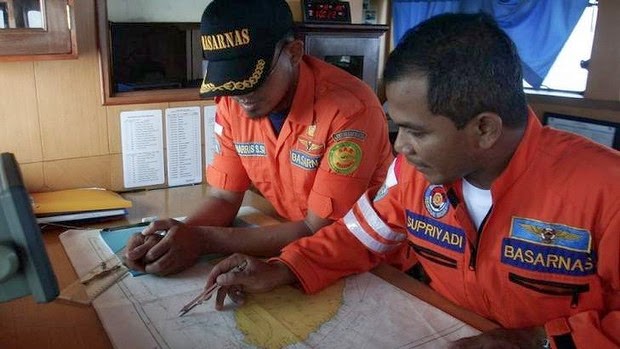 Malaysian authorities are probing new information that the missing plane with 239 people on board dropped to an altitude of 5,000 feet or possibly lower to evade radar detection after it turned back midair.

Investigators are poring over the Boeing 777 flight MH370 profile to determine if it had flown low and used "terrain masking" during most of the eight hours it was missing from the radar coverage of possibly at least three countries, the New Straits Times reported today.

The officials are looking at the possibility whether the plane -with 239 people on board including five Indians and one Indian-Canadian - had taken advantage of the busy airways over the Bay of Bengal and avoided suspicion of military radars.

"The person who had control over the aircraft has a solid knowledge of avionics and navigation, and left a clean track.

It passed low over Kelantan, that was true," the paper quoted officials as saying.
The plane "would appear to be just another commercial aircraft on its way to its destination," it said.
"It's possible that the aircraft had hugged the terrain in some areas, that are mountainous to avoid radar detection."

This technique is called terrain masking and is used by military pilots to fly to their targets stealthily, using the topography to mask their approach from prying microwaves. 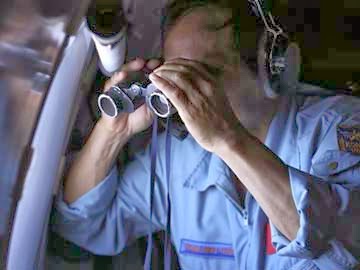 The officials said this type of flying is considered very dangerous, especially in low-light conditions and spatial disorientation, and airsickness could easily set in.

"While the ongoing search is divided into two massive areas, the data that the investigating team is collating is leading us more towards the north," sources said.

Prime Minister Najib Razak last week said authorities are trying to trace the plane across two possible corridors - in the north to the border of Kazakhstan and Turkmenistan, and a southern corridor from Indonesia to the southern Indian Ocean.

Officials involved in the multi-national investigation said the probe would also focus on regions with disused airports equipped with long runways.

"There are two likely possibilities - either the plane landed somewhere and the engine was shut down or it crashed."

"As soon as the first country comes up with evidence of the flight's position after its last confirmed position (320km northwest of Penang), we will be able to refine the search and better determine its possible location," the officials said.

The mystery of the missing plane from Kuala Lumpur to Beijing since March 8 continued to baffle aviation and security authorities who have not succeeded in tracking the aircraft despite deploying hi-tech radar and other gadgets. PTI Pilots of a Royal Malaysian Air Force CN-235 aircraft manage their plane during a search and rescue operation for the missing Malaysia Airlines plane over the waters at Malacca straits, Malaysia, Thursday,


Malaysian police are investigating a flight engineer who was among the passengers on the missing Malaysia Airlines plane as they focus on the pilots and anyone else on board who had technical flying knowledge, a senior police official said.

The aviation engineer is Mohd Khairul Amri Selamat, 29, a Malaysian who has said on social media he had worked for a private jet charter company.

"Yes, we are looking into Mohd Khairul as well as the other passengers and crew. The focus is on anyone else who might have had aviation skills on that plane," a senior police official with knowledge of the investigations told Reuters.

Malaysian investigators are trawling through the backgrounds of the pilots, crew and ground staff who worked on the missing Boeing 777-200ER for clues as to why someone on board flew it hundreds, or perhaps thousands, of miles off course.

No trace of the plane has been found more than a week after it vanished but investigators believe it was diverted by someone with deep knowledge of the plane and of commercial navigation.

Malaysian Prime Minister Najib Razak said on Saturday evidence pointed to a deliberate diversion of the flight, given the controlled way it was apparently turned around and flown far to the west of its original route from Kuala Lumpur to Beijing.

A flight engineer is responsible for overseeing systems on a plane during flights to confirm they are working correctly and to make repairs if necessary. As an engineer specializing in executive jets, Khairul would not necessarily have all the knowledge needed to divert and fly a large jetliner.

Khairul had said he worked for a Swiss-based jet charter firm called Execujet Aviation Group, but the company declined to say whether it still employed him. In a picture posted on Khairul's Facebook account in 2011, he identified himself as an employee of Execujet's Malaysian operations.

"We can't disclose anything. We want to protect the family's privacy," an official at the company's Malaysian office said.

Khairul, a father of one daughter, had recently bought a house on the outskirts of the Malaysian capital, Kuala Lumpur, and had more than 10 years experience as a flight engineer, his father Selamat Omar told Reuters. He declined to say whether he believed his son could have been involved in any foul play.

Selamat said he and other family members were supposed to visit Khairul's new house this month. But Khairul had told his father on Thursday he had to go for a job in Beijing and that they would reschedule. That was the last time they spoke.

"Khairul was doing well in his job and was a good son. He would come visit us at least once a month," Selamat said. 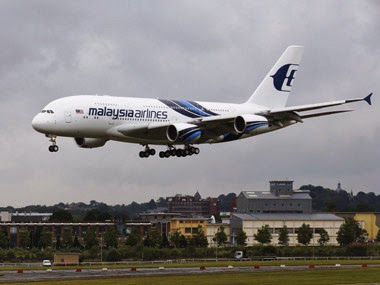 "All right, good night". Haunting last message from MH370
The last words from the cockpit of missing Malaysia Airlines Flight MH370 - "all right, good night" - were uttered after someone on board had already begun disabling one of the plane's automatic tracking systems, a senior Malaysian official said.

Both the timing and informal nature of the phrase, spoken to air traffic controllers as the plane with 239 people aboard was leaving Malaysian-run airspace on a March 8 flight to Beijing, could further heighten suspicions of hijacking or sabotage.

The sign-off came after one of the plane's data communication systems, which would have enabled it to be tracked beyond radar coverage, had been deliberately switched off, Acting Transport Minister Hishammuddin Hussein said on Sunday.

"The answer to your question is yes, it was disabled before," he told reporters when asked if the ACARS system - a maintenance computer that sends back data on the plane's status - had been deactivated before the voice sign-off.

The pilot's informal hand-off went against standard radio procedures, which would have called for him to read back instructions for contacting the next control centre and include the aircraft's call sign, said Hugh Dibley, a former British Airways pilot and a Fellow of the Royal Aeronautical Society.

Investigators are likely to examine the recording for any signs of psychological stress and to determine his identity to confirm whether the flight deck had been taken over by hijackers or the pilot himself was involved, he said.

Malaysian investigators are trawling through the backgrounds of the pilots, crew and ground staff who worked on the missing Boeing 777-200ER for clues as to why someone on board flew it perhaps thousands of miles off course.

Background checks of passengers have drawn a blank but not every country whose nationals were on board has responded to requests for information, police chief Khalid Abu Bakar said.

No trace of the plane has been found more than a week after it vanished but investigators believe it was diverted by someone with deep knowledge of the plane and commercial navigation.

Malaysia briefed envoys from nearly two dozen nations and appealed for international help in the search for the plane along two arcs stretching from the shores of the Caspian Sea to the far south of the Indian Ocean.
"The search area has been significantly expanded," Hishammuddin said. "From focusing mainly on shallow seas, we are now looking at large tracts of land, crossing 11 countries, as well as deep and remote oceans."
The plane's disappearance has baffled investigators and aviation experts. It disappeared from civilian air traffic control screens off Malaysia's east coast less than an hour after taking off from Kuala Lumpur en route to Beijing.

Malaysian authorities believe that, as the plane crossed the country's northeast coast and flew across the Gulf of Thailand, someone on board shut off its communications systems and turned sharply to the west.
Electronic signals it continued to exchange periodically with satellites suggest it could have continued flying for nearly seven hours after flying out of range of Malaysian military radar off the northwest coast, heading towards India.

Malaysian officials briefed ambassadors from 22 countries on the progress of the investigation and appealed for international cooperation, diplomats said on Sunday. 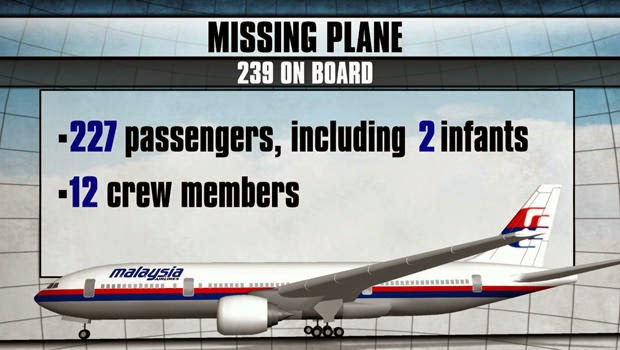 An experienced pilot, Zaharie has been described by current and former co-workers as a flying enthusiast who spent his days off operating a life-sized flight simulator he had set up at home.

Police chief Khalid said investigators had taken the flight simulator for examination by experts.
Earlier, a senior police official said the flight simulator programmes were closely examined, adding they appeared to be normal ones that allow players to practice flying and landing in different conditions.
Police sources said they were looking at the personal, political and religious backgrounds of both pilots and the other crew members. Khalid said ground support staff who might have worked on the plane were also being investigated.

A second senior police official told Reuters investigators had found no links between Zaharie, a father of three grown-up children and a grandfather, and any militant group.

Postings on his Facebook page suggest the pilot was a politically active opponent of the coalition that has ruled Malaysia for the 57 years since independence.

A day before the plane vanished, Malaysian opposition leader Anwar Ibrahim was convicted of sodomy and sentenced to five years in prison, in a ruling his supporters and international human rights groups say was politically influenced.

Asked if Zaharie's background as an opposition supporter was being examined, the first senior police officer would say only: "We need to cover all our bases."
Malaysia Airlines has said it did not believe Zaharie would have sabotaged the plane and colleagues were incredulous.

"Please, let them find the aircraft first. Zaharie is not suicidal, not a political fanatic as some foreign media are saying," a Malaysia Airlines pilot who is close to Zaharie told Reuters. "Is it wrong for anyone to have an opinion about politics?"

Co-pilot Fariq was religious and serious about his career, family and friends said.
The two pilots had not made any request to fly together.