What happens when the poles flip? 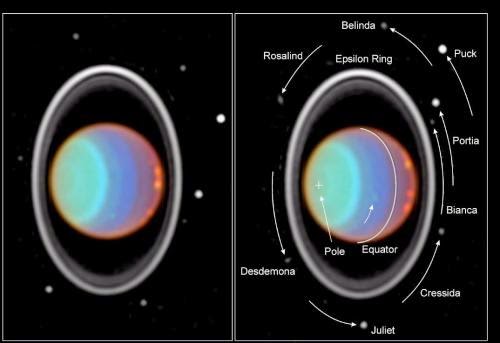 Have you heard the startling news that the Earth's poles might flip? Perhaps in the response to a close pass from the mysterious Planet X? Are you imagining the entire Earth actually flipping over on its side or rotating upside down, possibly while Yakkity Sax plays in the background? When will this happen? Can this happen?

First, there's no secret planet hurtling through the Solar System causing chaos and orbital disturbances. So could the Earth spontaneously physically flip over? Some planets have already been tilted and flipped.
Take a look at Uranus. Its orbital tilt is 98-degrees. We assume the planet started with the same tilt as the rest of the Solar System, and some event in the ancient past caused it to fall over. It could have collided with another planet, billions of years ago, or gravitational interactions with other giant planets pushed it over.
And then there's Venus, its axial tilt is 177-degrees. That's essentially upside down. Venus is turning in the opposite direction from every other planet in the Solar System. Standing on the surface of Venus, you would see the Sun rise in the West and set in the East. Astronomers don't know why this happened, perhaps it was gravitational interactions or a collision with another planet.
To actually flip a planet off its axis would take an event so catastrophic that it would devastate the planet. Don't worry, as far as we know, those kinds of events and interactions stopped happening billions of years ago.
That's the good news. The Earth isn't likely to just fall over, or get bashed on its side like an office tower under the might of Godzilla.
Now what about those magnetic poles. On Earth, they can and do reverse on a regular basis. The Earth is often shown like a giant bar magnet, with a north magnetic pole and a south magnetic pole. Over vast periods of time, the Earth's north pole becomes its south pole, and vice versa. Geologists measure the magnetic configuration of iron particles in ancient lava flows. in one part of the lava flow, the particles oriented with one magnetic configuration, and then in another, the particles were reversed. It turns out the planet reverses its polarity every 450,000 years, and the last reversal happened about 780,000 years ago. Which means it could happen in the next few thousand years.
If the Earth's poles did reverse, what would happen to us? If the magnetic field disappeared entirely, the planet would be bathed in radiation from the Sun, which would likely cause an increase in cancer. But the Earth's atmosphere would still protect us from majority of radiation. 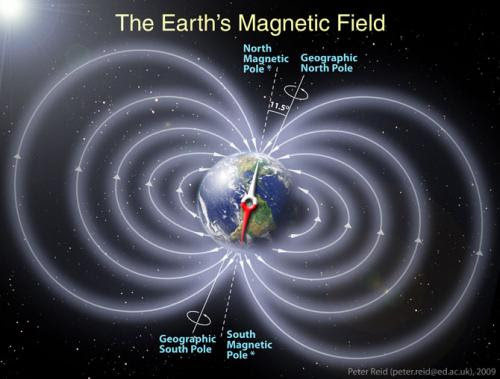 What about mass extinctions? Scientists have wondered if there's a link between them and magnetic reversals.
Fortunately for us, there doesn't seem to be any connection. Whenever geomagnetic reversals happened in the past, it didn't devastate life on Earth. So don't worry about it.
There is a pretty good chance it won't happen in our lifetime, and maybe not for hundreds of thousands of years. And even if the Earth's poles flip, it wouldn't be the end of the world. You might need to take a sharpie to your compass though.