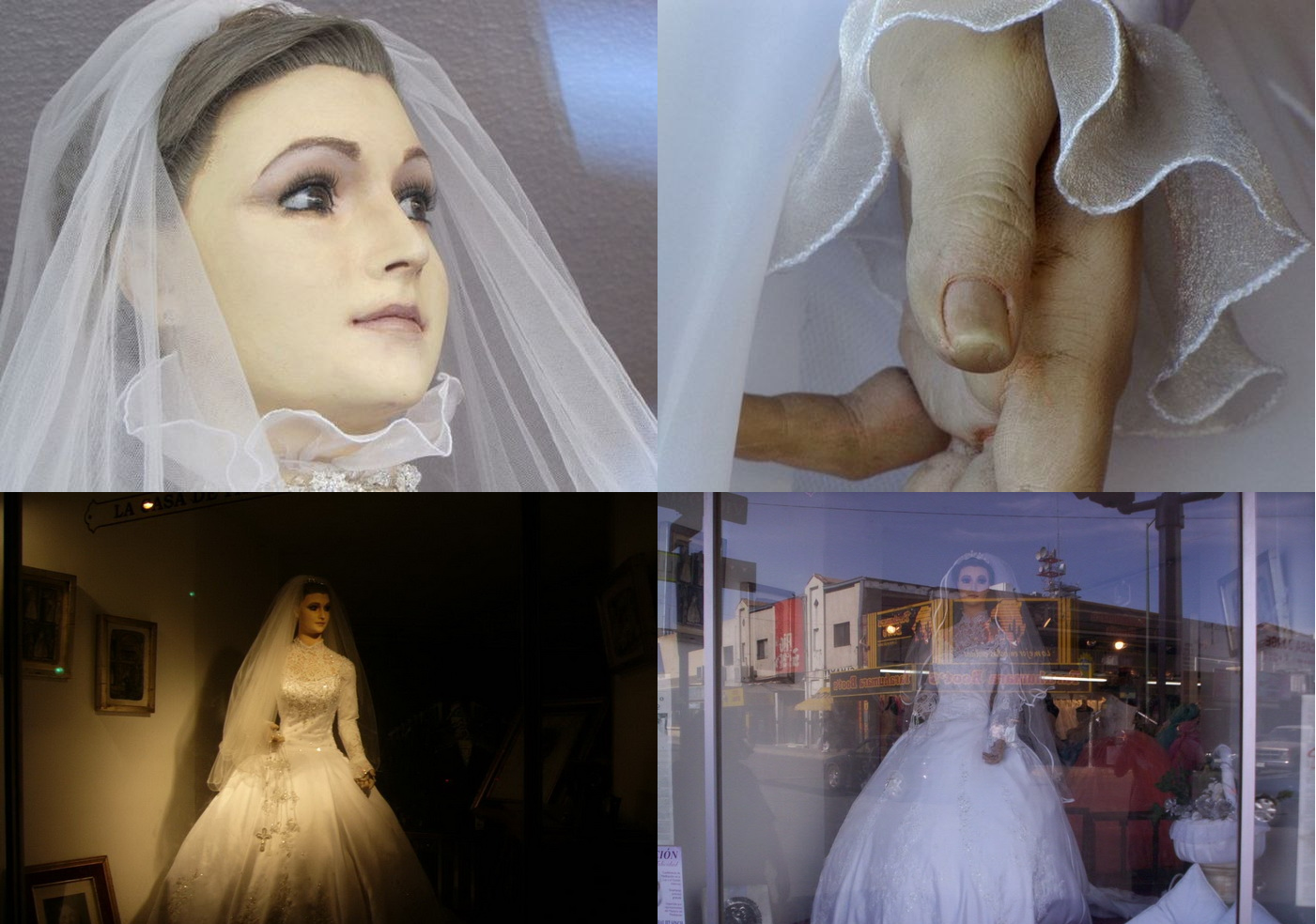 In the middle of Chihuahua, Mexico, there is a bridal shop that is quite famous. However, it’s not famous because of the dresses. It’s the store mannequins that keep them on the map.
That’s because, for the past 75 years, a startlingly lifelike mannequin stood in the window. That Mexican bridal shop mannequin puzzled locals. According to local legends, the mannequin is actually the preserved daughter of the shop’s former owner.
Disturbing, but is it true? No one knows for sure. Take a look at these pictures and decide for yourself. The detail you’ll be able to see on this corpse bride is incredible.

The mannequin is nick named La Pascualita or Little Pascuala. The owner at the time La Pascualita came to the store was Pascuala Esparza, hence the nick name.

Not long after her debut, the locals began to suspect that La Pascualita was actually the body of the owner’s daughter.

Pascuala’s daughter, whose name has been lost to history, died tragically from a Black Widow spider bite on her wedding day.

Pascuala denied that the mannequin was her daughter. But the rumor had already taken on a life of its own, and no one believed her.

It’s said that at night La Pascualita will sometimes shift positions in the window, and her eyes will follow you around the store.

Her dress changes very often, but only the owner and a few close employees are allowed to dress and undress her.

Some locals and brides to be consider La Pascualita a saint. They pray to her or leave gifts for her with the shop workers.

Of course not everyone is convinced La Pascualita is a corpse. Some say she may actually be a wax dummy.

Publicada por Ufomania - The truth is out there à(s) 3:17 PM