The Mysterious Monolithe On Mars

An image of what appears to be a mysterious rocky monument on Mars has excited space junkies around the world. The 'monolith', was snapped from 165 miles away using a special high resolution camera on board the Mars Reconnaissance Orbiter.
After being published on the website Lunar Explorer Italia, it set tongues wagging with space buffs questioning whether there was once life on the Red Planet.

But scientists at the University of Arizona, who captured the original image, reckon it's just an unremarkable boulder, which could measure up to five meters across.

Yisrael Spinoza, a spokesman for the HiRISE department of the university's Lunar and Planetary Laboratory, gave Mail Online the original image so readers can make up their own minds.

'It would be unwise to refer to it as a "monolith" or "structure" because that implies something artificial, like it was put there by someone for example. 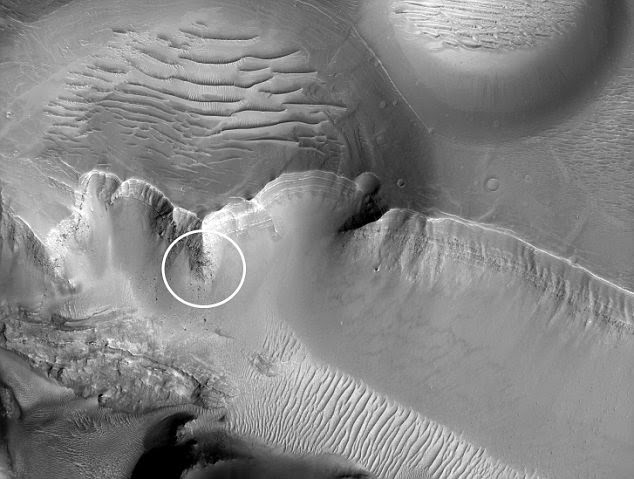 'In reality it's more likely that this boulder has been created by breaking away from the bedrock to create a rectangular-shaped feature.'

The image seems to resemble the black monolith that appears during key moments of man's evolution in the Stanley Kubrick film 2001: A Space Odyssey.

The original image, taken last July, was published again this week on the University of Arizona's HiRISE website on the 'spotlight' page which seems to have led to the renewed interest. 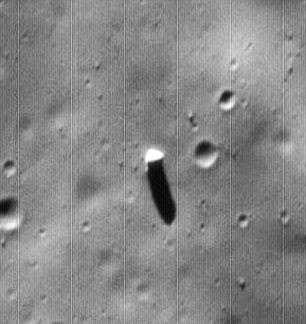 But speaking about the satellite picture scientist Alfred McEwen, the principal investigator from the University of Arizona's HiRISE department, said:

'There are lots of rectangular boulders on Earth and Mars and other planets.

'Layering from rock deposition combined with tectonic fractures creates right-angle planes of weakness such that rectangular blocks tend to weather out and separate from the bedrock.' 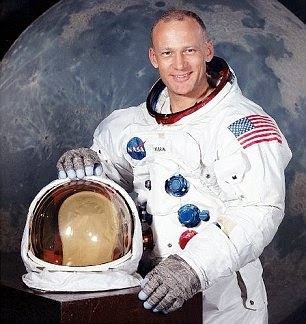 Fuel was added to the flames after Buzz Aldrin, the second man to walk on the Moon, alluded to a similar monolith detected on Mars' moon Phobos.

'We should visit the moons of Mars.

'There's a monolith there - a very unusual structure on this little potato shaped object that goes around Mars once every seven hours.

In 2007 the Canadian Space Agency funded a study for an unmanned mission to Phobos known as PRIME (Phobos Reconnaissance and International Mars Exploration). 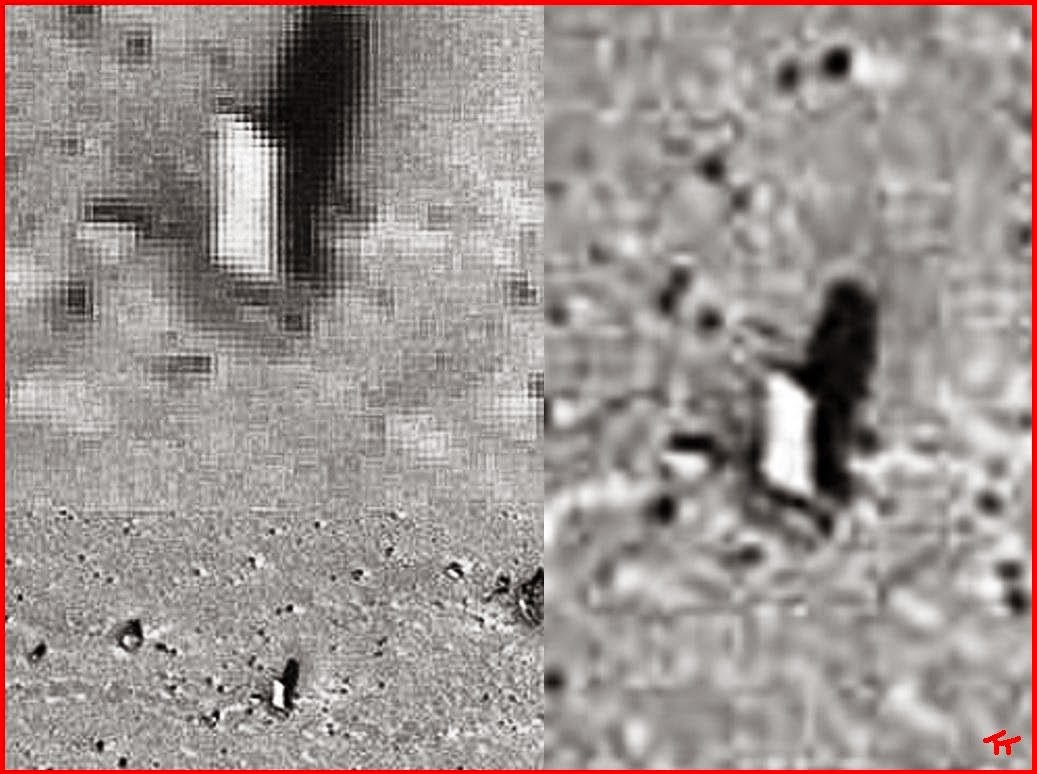 The building-sized monolith is the main proposed landing site but not because scientists suspect UFO activity. They believe the object is a boulder exposed relatively recently in an otherwise featureless area of the asteroid-like moon.

PRIME investigator Dr Alan Hildebrand said it could answer questions about the moon's composition and history.

'If we can get to that object, we likely don’t need to go anywhere else,' he told his science team. 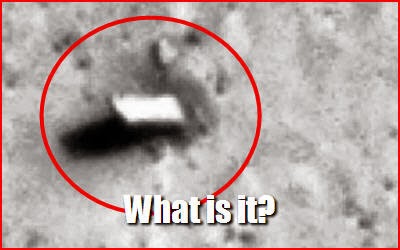 Publicada por Ufomania - The truth is out there à(s) 9:47 PM