Does Quantum Physics Imply That You Are Immortal? 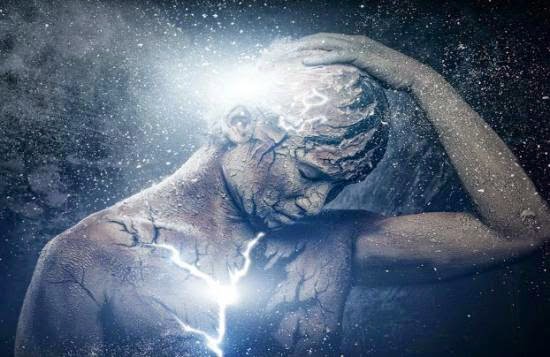 Is Schrödinger's Cat immortal? And by extension, does that mean that both you and I will live forever as well?

In the famed thought experiment devised by Austrian physicist Erwin Schrödinger in 1935, a cat, a flask of poison, and a radioactive source are placed in a sealed box. If an internal monitor detects the radioactivity from a single atom decaying, the poison is released into the sealed box, killing the cat. But in the weird world of quantum mechanics - or more specifically in this case, the 'Copenhagen interpretation' of quantum mechanics - the cat would supposedly remain in a state of 'superposition', both alive and dead, until an observation or measurement is made by an external observer opening the box, collapsing the wavefunction - and finding the cat either alive or dead. Schrödinger did not see this as a serious possibility - instead, his thought experiment was meant to show a problem with the Copenhagen interpretation.

Another interpretation of quantum mechanics, formulated in 1957 by Hugh Everett, removed the problematic wavefunction collapse. In the 'Many Worlds' interpretation, rather than collapsing from superposition into a single reality, the wavefunction branches into multiple realities consisting of each possible outcome. This interpretation of quantum mechanics carries with it the mind-boggling implication that all possible histories exist, each contained within its very own universe (or 'world', as per 'Many Worlds'). Every time a decision is made, another complete universe splits off from this one.

In the Many Worlds interpretation, Schrödinger's experiment has created two completely separate universes...one in which the cat is dead, and another in which it remains alive. The 'collapse of the wavefunction' is an illusion caused by viewing the outcome from only one of the universes. And if Schrödinger carries out the experiment again, he creates another two universes, one with another dead cat, and another with the cat still alive.

Keen observers might note that, in Many Worlds, among the infinite branching of universes, there remains one branch in which the cat continues to be alive. It is claimed that Hugh Everett saw his theory as guaranteeing immortality to conscious beings: at each branching of universes between death and living, a being's consciousness is bound to continue following the living path (given that consciousness, according to orthodox modern science, does not continue beyond death).


A physicist sits in a chair with a gun pointed at his head. The gun is attached to a machine that measure the spin of a quantum particle. Every time the trigger is pulled, the spin of the particle is measured. If the particle spins clockwise, the gun fires, killing the physicist. If the particle spins anti-clockwise, the gun won’t fire – there’ll only be a click.
The physicist keeps running the experiment, but all he ever hears is a click – the gun never goes off. Because each time the trigger is pulled, the universe splits, creating two universes – one where the physicist dies and one where he lives. From the living physicist’s point of view, the gun just keeps clicking. But in all the other universes, there’s a dead body.

The implication is that, among the infinity of universes being created, we will all follow the particular branch that guarantees our immortality. That's not to say you haven't died though. We will all experience the deaths of our friends and family at some point, as they - at some point - diverge from our personal 'branch of immortality' and follow their own. That car accident where you can't understand how you weren't killed? You were in another universe, but not the one you're in now. In that other universe, your family grieved your passing, while in this one we carry on.
But before you begin celebrating your god-like quantum immortality, note that the theory has been criticized. Physicist Max Tegmark has explained that life and death situations are not always dependent on binary events like the quantum experiment. And it's difficult to understand how, as aging beings, we can overcome the ticking clock of time in slowly destroying our physical body and brain.
Unless maybe in your branching universe you discovered the secret to eternal youth...
Source: Daily Grail

Publicada por Ufomania - The truth is out there à(s) 5:53 PM