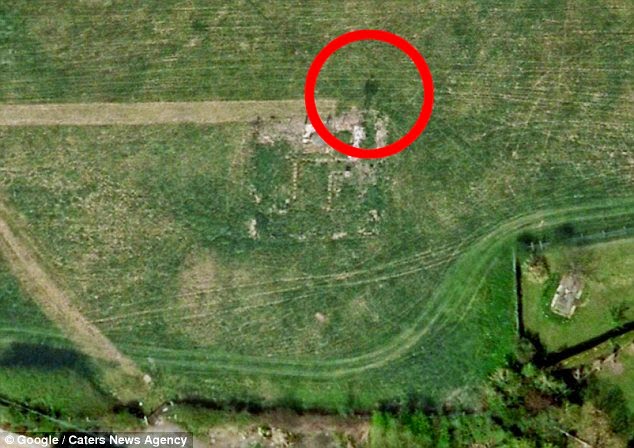 A haunting image of a man was captured on Google Earth at the remains of a house in a 'ghost village' bulldozed to make way for an airfield.

Fiona Powell, 38, of Bristol, came across the dark figure when she was scouring aerial views online of Bristol Filton Airfield in South Gloucestershire.
The village of Charlton was destroyed in 1946 so that the airfield in Filton - owned by the Bristol Aeroplane Company, which is now BAE Systems - could be extended for the giant Brabazon airliner.


Mother-of-two Ms Powell said: ‘I had recently read about Charlton village and knew that it used to have a pub, a pond, some cottages and farmhouses.

‘I love history and old buildings, and learning more about how Bristol used to be. After reading the book about Charlton, I decided to see if anything was left of the village, or could be seen on Google Earth.
‘I was looking around the Brentry and Pen Park area as it's near where I work, and went on to look at Filton Airfield. I went to the end of the runway and saw the remains of what looked like two old farmhouses.


‘Then suddenly in the right hand corner I noticed the dark figure of a man with a cap on above the site of an old building.
‘It looked quite spooky so I called my husband over. We zoomed in again and again and couldn't believe it.’
She added: ‘I'm not sure what I think about it now. It's definitely a shadow of something and looks like a man. I'm quite open-minded about ghosts and this could be one. 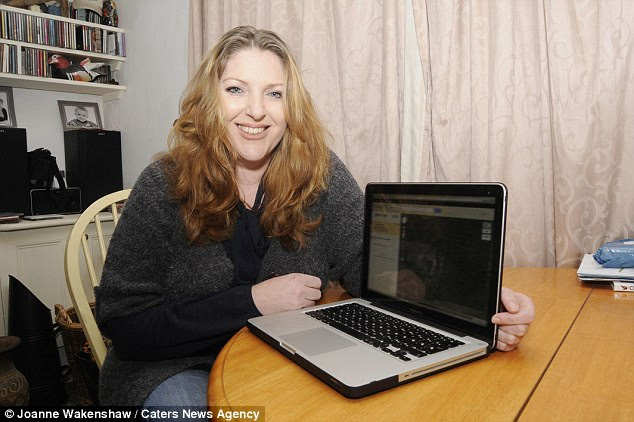 History lover: Fiona Powell, 38, of Bristol, came across the dark figure when she was scouring aerial views of Filton Airfield in South Gloucestershire on the internet 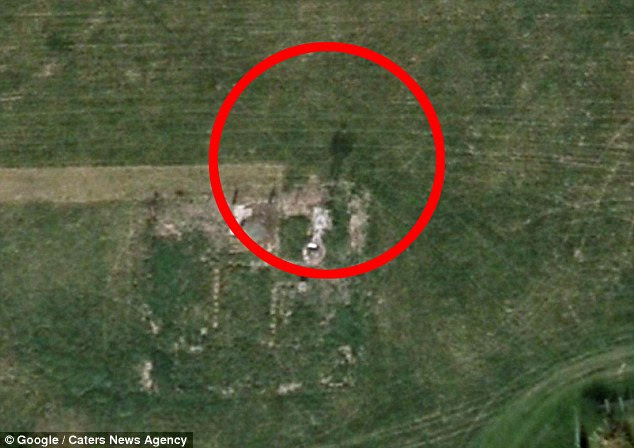 Close-up: Charlton once had a manor house, two or three farms, cottages, a church, a pub called the Carpenters Arms, a common and a post office

‘If it had been just anywhere in Bristol I wouldn't have found it so interesting, but because it was on the site of an old farmhouse in a village that was abandoned, I thought it was fascinating.

‘It looks like the figure is looking over a house that once was.’
Charlton once had a manor house, two or three farms, cottages, a church, a pub called the Carpenters Arms, a common and a post office.

The village's 17th-century Manor Farm had once belonged to the influential Cann family, who gave Bristol two Lord Mayors.

And in Victorian times, Charlton Farm was the home of soap manufacturer Christopher Thomas. But most of Charlton's streets and buildings now lie buried under 14ft of soil and tarmac.
Villagers had their homes compulsorily purchased and bulldozed to make way for the huge Brabazon hangar. 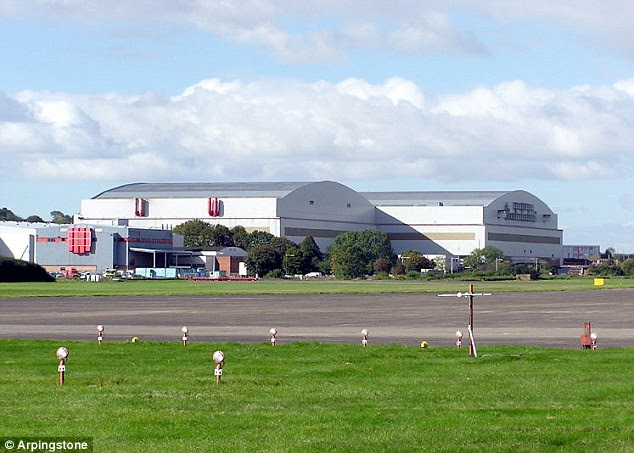 Take off: The village of Charlton was destroyed in 1946 so that the airfield in Filton (pictured) could be extended

No go: The Brabazon aeroplane (pictured on its maiden flight at Filton in 1949) was hopelessly overweight, under-powered and doomed to failure before the project was scrapped in 1953

But the Brabazon aeroplane, hopelessly overweight and under-powered, was doomed to failure and the project was scrapped in 1953.


The runway remained but the promised replacement village never materialised and most of the old residents of Charlton moved to Patchway.

It is only now that the airfield has been sold to a London-based property firm, by landlord BAE Systems in a multi-million-pound deal, that houses look set to be built over the runway - and over the remains of the old Charlton village.

Diggers have already moved onto the historic runway after the airfield officially closed to flights in December.

The new village of more than 2,000 homes will revive the area's original name to become Charlton Hayes.

Source: MailOnline
Publicada por Ufomania - The truth is out there à(s) 3:01 PM